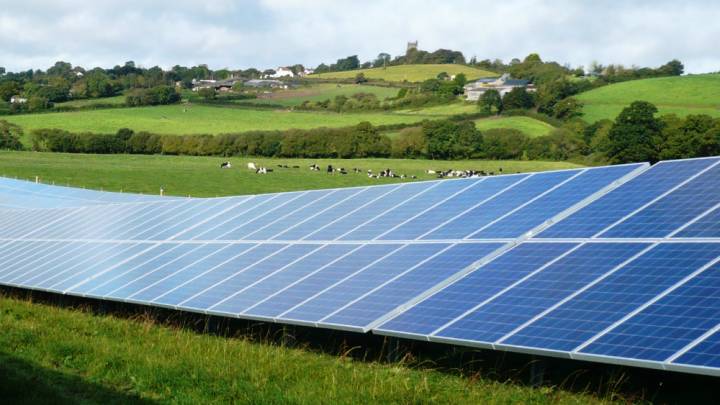 We typically think of carbon dioxide as an unhealthy byproduct of our over reliance on fossil fuels. But what if CO2 could be used to help us move away from fossil fuels and toward renewable energy sources? GE Global Research has been working with the U.S. Department of Energy to come up with a way to use excess carbon dioxide produced by power plants to store extra solar power and deliver it back to the grid for later use.

There are two major components to this solar power storage system: The first component captures solar energy and keeps it stored in molten salt, while the second component takes surplus electricity from the grid to cool off carbon dioxide to the point where it becomes dry ice. To keep the solar energy stored, the molten salt will then be released into the CO2, which will act as a battery capable of deploying power when needed.

The CO2-molten salt mixture will then flow through a specially designed CO2 turbine that GE says “can generate as much as 100 megawatts of ‘fast electricity’ per installed unit.” The advantage of this system is that these turbines would be able to operate at night when there’s no solar power being directly absorbed.

“We’re not talking about three car batteries here,” explains Stephen Sanborn, senior engineer and principal investigator at GE Global Research (GRC). “The result is a high-efficiency, high-performance renewable energy system that will reduce the use of fossil fuels for power generation.”

It’s going to take some time for this technology to come to market, however — GE is building a conceptual design of the turbine system right now and it could be another decade before it’s ready to hit the market.