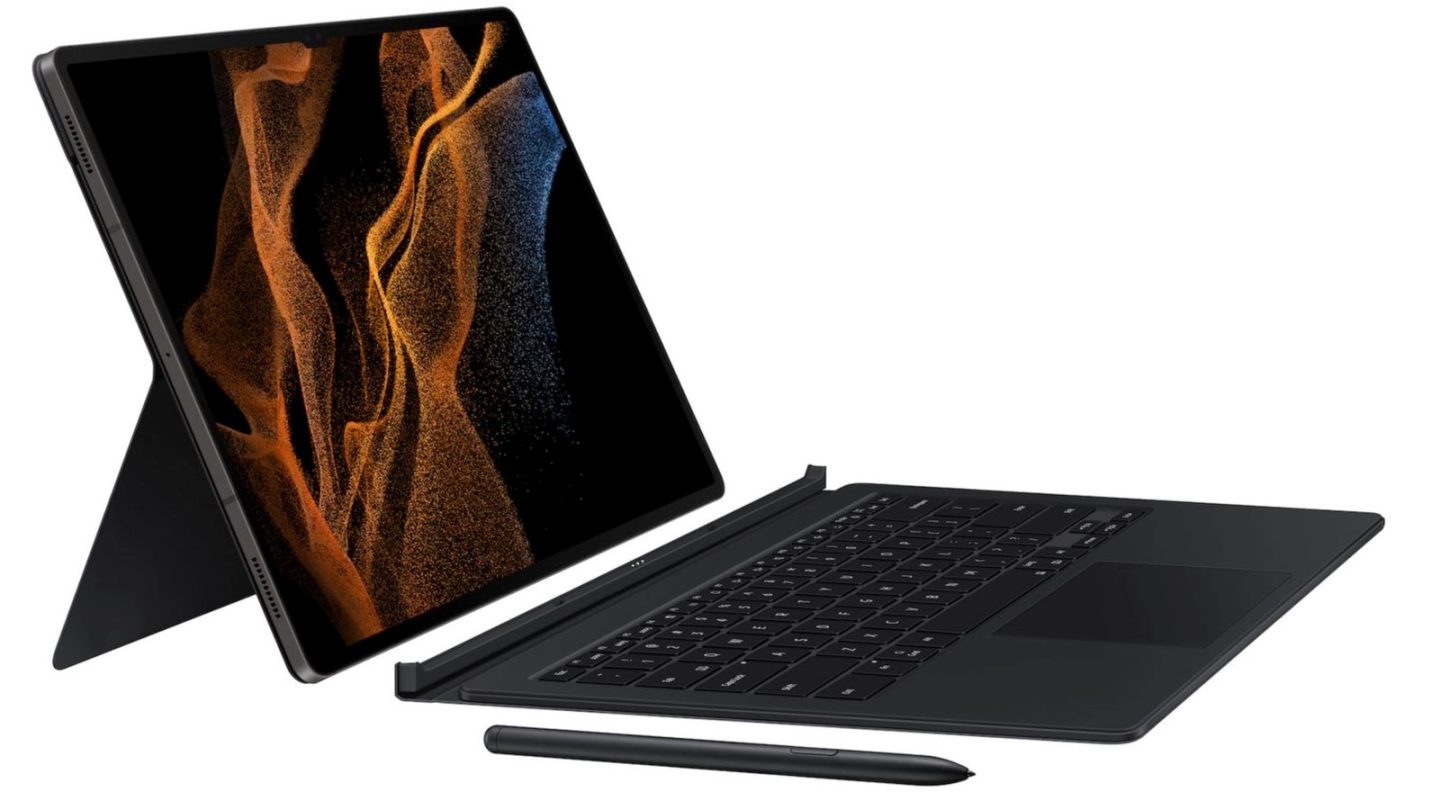 The announcement reveals everything you might want to know about Samsung’s latest iPad Pro rival. We have the final design, specifications, colors, and preorder and release date details.

The Galaxy Tab S8 wasn’t exactly a well-kept secret. The notch design leaked months ago. Then, Samsung included the Galaxy Tab S8 and Galaxy S22 in the same preorder registration deal. The offer suggested the new tablets would debut on February 9th alongside the Galaxy S22. And Samsung’s registration page also hinted that the new Galaxy flagships would launch on February 29th.

All three Galaxy Tab S8 tablets have small symmetrical bezels, but the Galaxy Tab S8 Ultra is the only one that has a notch at the top. That’s the price consumers have to pay for bezels that measure just 6.3mm, compared to 8.95mm for the other two.

When it comes to build quality, Samsung says that the Galaxy Tab S8 Ultra display is “housed in the thinnest, lightest, but strongest body yet, protected by an Armor Aluminum frame that is over 30% more scratch-resistant and 40% less prone to bending than Galaxy Tab S7.” That’s certainly a strange detail to point out in a press release — that large, expensive tablets are less likely to bend than before.

The Galaxy Tab S8 models are partially constructed with plastic components that Samsung repurposed from discarded ocean fishing nets. That’s actually something we expected to learn at the Unpacked press conference.

The three Galaxy Tab S8 models feature similar hardware. That means you’ll get the same Android 12 experience regardless of the size that you choose. The bigger the display, however, the more apps or content you’ll fit on the screen.

Samsung says in the leaked press release that all three Galaxy Tab S8 will feature 4nm 64-bit octa-core processors. The cheapest models will ship with 8GB of RAM and 128GB of storage. But you can get the Galaxy Tab S8 and S8 Plus in 12GB/256GB versions. Tab S8 Ultra buyers can go even higher than that, as Samsung will equip the largest models with up to 16GB of memory and up to 512GB of storage. All tablets will work with microSD cards of up to 1TB.

On the back, you’ll also find a built-in S Pen stylus.

The size differences between the three tablets will also impact battery life. All Galaxy Tab S8 tablets support 45W fast charging. And they can be used as external battery packs for the unreleased Galaxy S22, Galaxy A53, and Galaxy A33, supporting 15W charging via USB-C. In terms of actual capacities, expect 8,000 mAh, 10,090 mAh, and 11,200 mAh battery packs on the three tablets.

The leaked Galaxy Tab S8 press release does not specify pricing details for the three tablets. But the company indicates the tablets will go on preorder on February 9th. The leaked document also confirms the February 25th release date.

In terms of color options, the Galaxy Tab S8 models are all available in graphite. The smaller models also come in silver and pink gold.

If you want to read the full Galaxy Tab S8 press release, visit this link.