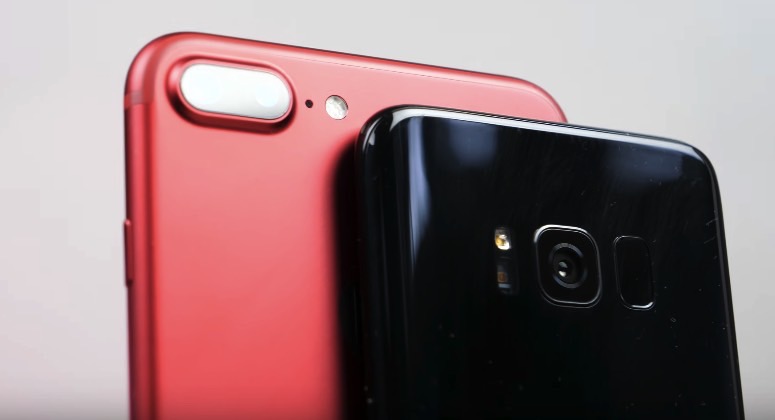 The Galaxy S8 and the iPhone 7 are probably the top smartphones you can buy right now. Samsung has the advantage of having just launched its impressive new Galaxy S models, but that doesn’t necessarily make the Galaxy S8 or S8+ the best option. In fact, earlier this week we saw a real world speed test that showed the iPhone 7 is still a tough nut to crack when it comes to performance. Even though it has a brand new processor that is supposed to be a lot faster and more power efficient, the Galaxy S8 wasn’t able to outperform last year’s iPhone.

Comparisons do not end there, of course, and we have another exciting video to check out, one that highlights the differences between the Galaxy S8 and iPhone 7 Plus when it comes to camera performance.

YouTube channel EverythingApplePro recorded the same video using the main cameras of the Galaxy S8 and iPhone 7 Plus. In these videos, we get to see the differences and similarities between the two camera setups, although determining a winner is a lot more objective than with speed tests.

In the end, it appears quite difficult to declare a clear winner. It appears that the Galaxy S8 does marginally better than the iPhone 7 Plus, but that’s just my opinion based on this 10-minute YouTube video.

Overall, the performance of the two phones as cameras in day-to-day conditions seem to be similar, and EverythingApplePro concludes that camera performance shouldn’t be a deciding factor between picking one or the other. Check the full clip below.