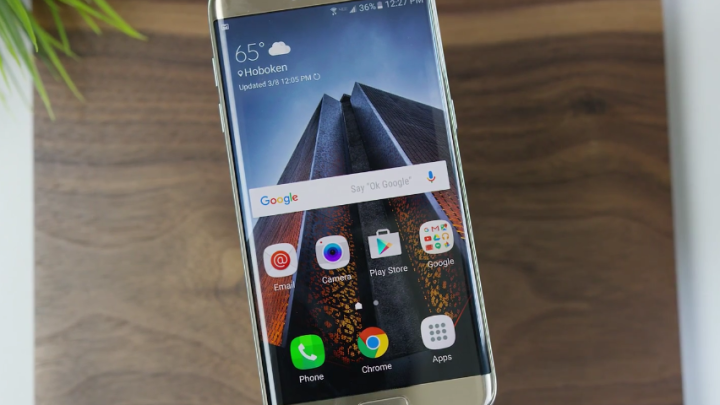 One of the coolest rumored features of the Galaxy S8 and Galaxy S8+ will be a brand new desktop mode that will let you expand your Android experience to a bigger display. But the phone will have one other interesting desktop-related feature: you’ll be able to unlock any Windows 10 PC that you own with your handset. In fact, any Samsung smartphone that has a fingerprint sensor can be used for the same purpose.

If you’re thinking “huh, this sounds kinda like unlocking a Mac with my Apple Watch,” you’d be exactly right. Granted, that uses proximity rather than a fingerprint sensor, but the concept of using a nearby device, paired over Bluetooth, to unlock a PC certainly isn’t new. In fact, there are at least half a dozen third-party iPhone apps (our favorite is MacID) macthat do just that.

Replying to a customer who asked whether Flow (the fingerprint unlock) can be installed on any Windows 10 PC, Samsung said the feature will be enabled as soon as Microsoft releases the next major Windows 10 update, which should happen at some point in early April.

The feature currently works only on the Galaxy TabPro S, Sam Mobile explains and you need an app for that called Samsung Flow. But Samsung is updating Flow so that all Windows 10 PCs will be supported.

You’ll need to install Flow on both the Android phone and the Windows 10 device and pair them via Bluetooth before being able to unlock the computer with a fingerprint swipe on the phone.

Obviously, if your Windows PC already ships with a fingerprint sensor of its own, it’s probably easier to just use the default one to unlock it. But most Windows 10 computers do not have fingerprint sensors, so this new Samsung trick will surely be appreciated by many of its fans who are using Windows 10 machines.