Dozens of high-profile flagship smartphones will be released in 2017 but truth be told, there are really only a handful of upcoming new devices that consumers at large actually care about. Google’s Pixel 2 and Pixel XL 2 will be big towards the end of the year, and some people are anxiously awaiting new models like the OnePlus 3T’s successor and a new Moto Z. There are a few more big launches people will be somewhat excited about throughout 2017, but there are really only two announcement that are at the top of everyone’s list. The first comes later this month, when Samsung takes the wraps off its new Galaxy S8 and Galaxy S8+ smartphones. Then in September, Apple will unveil the iPhone 7s, iPhone 7s Plus and iPhone 8.

We’ve seen plenty of rumors and even several solid reports focusing on all five of those hotly anticipated smartphones, and they paint fairly complete pictures of what we can expect. Of course, it’s still far too soon to expect any leaks to give us a look at the iPhone 8’s new design. In fact, Apple almost certainly hasn’t even finalized its iPhone 8 design at this point. We’ve seen plenty of the Galaxy S8 already though, and each new leak makes one thing increasingly clear: the Galaxy S8 will the sleekest smartphone the world has ever seen when it debuts on March 29th. Is there any way the iPhone 8 can compete with this stunning new design?

Three years ago, Samsung’s flagship smartphone designs were… well… awful. We’re not going to sugarcoat it. Samsung’s high-end phones have always touted great performance and class-leading displays, but the company’s plasticky phones of old always looked terrible and felt even worse in the hand. Then, with the Galaxy S6, Samsung finally ditched flimsy feeling plastics and went with an all glass and metal design, which is what we’ve seen out of South Korea ever since.

The Galaxy S7 and s7 edge pushed things to the next level, and the Galaxy Note 7 was even better (until it went up in smoke). Now, Samsung has further refined its new design on the Galaxy S8 and Galaxy S8+, and we’re completely blown away.

We’ve seen a bunch of leaks so far, and now two new ones have emerged on Slashleaks. The first comes from a user named “Leakspinner,” and it appears to be completely fake: 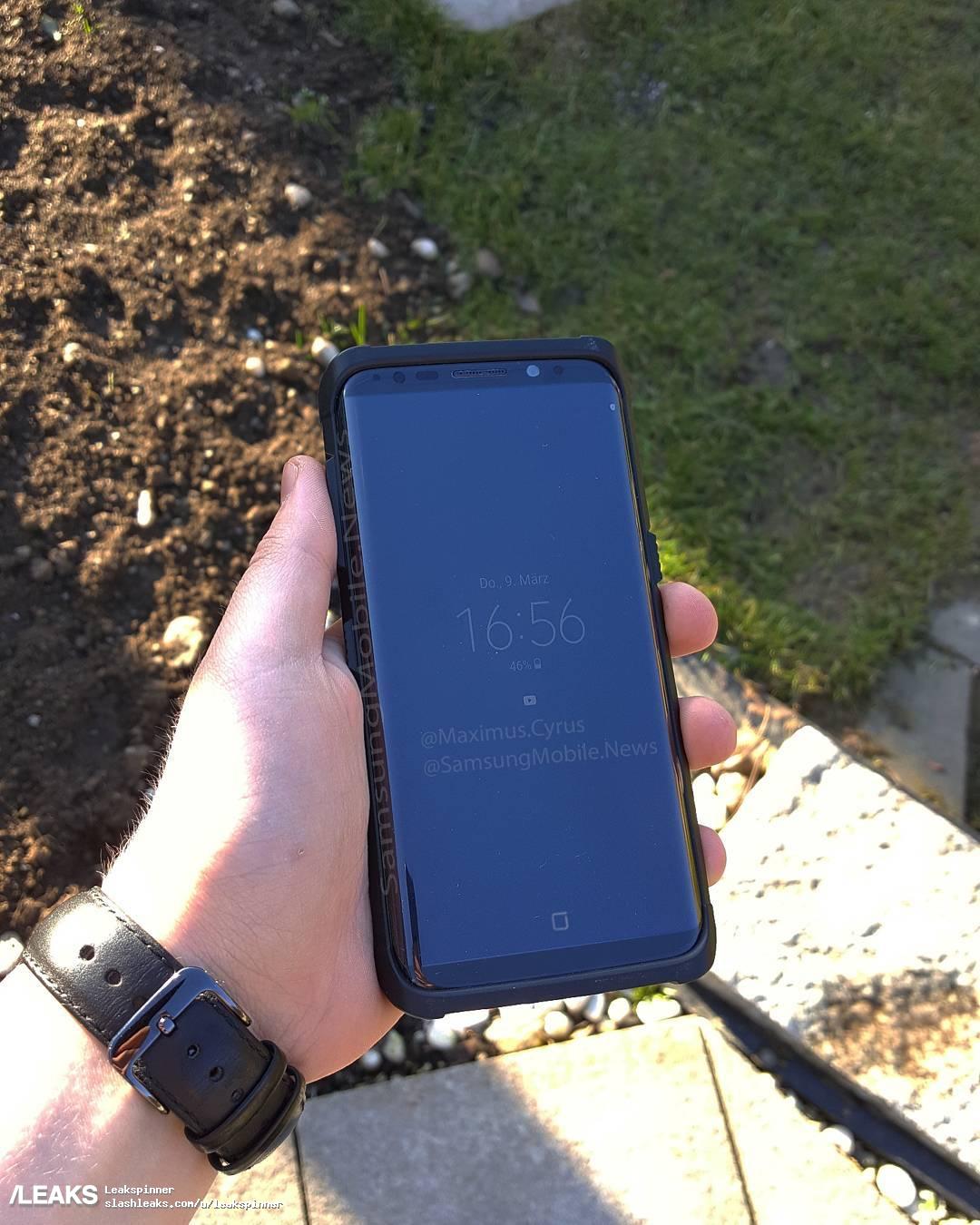 The phone indeed looks like the Galaxy S8 design we’ve seen several times now, but there are a few indications that this image isn’t authentic. For example, compare it to the genuine Galaxy S8 in the photos exclusively published by BGR earlier this month, and you can see that the graphic on the virtual home button in the image above doesn’t match up.

That’s a bit disappointing, but don’t worry because the second leak appears to be the real deal. It comes from Twitter via a Slashleaks user named “Seanmirza23,” who has posted several legitimate leaks in the past, and it shows a Galaxy S8 with a screen protector made by an unknown manufacturer. Of course, it has a fairly unique design, so Samsung will likely be able to figure out the source of this leak shortly after the accessory pictured here is released. 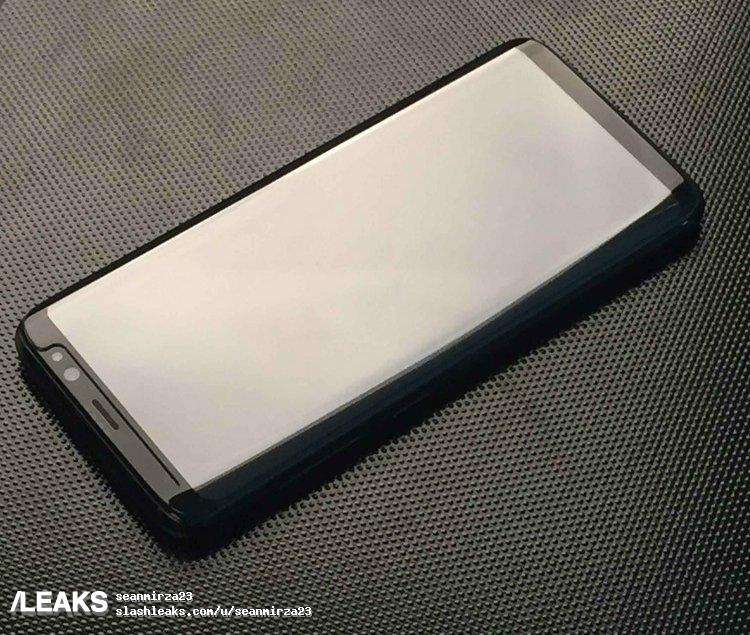 As we can see here, Samsung has managed to create a stunning design where nearly the entire face of the Galaxy S8 is taken up by the large Super AMOLED display. The sides of the face curve down, just like other recent Samsung flagships, and the bezels above and below the screen are narrower than ever before. Can Apple’s iPhone 8 design compete with this gorgeous new phone? We won’t know for several more months, but rumors suggest Apple is cooking up something truly special for its tenth-anniversary iPhone.