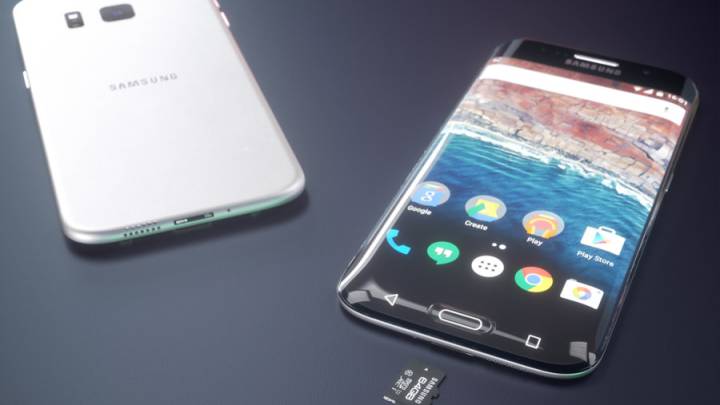 It won’t be long until Samsung unveils its next flagship smartphone series. Expected at MWC 2016, the Galaxy S7 will be available in at least two versions, including one with a curved display. Various rumors have revealed many details about the new smartphones’ specs and features, though we’ve yet to see any of them confirmed. As for the final design of the handsets, Samsung has yet to confirm any of the purported leaks that have already hit the web. But some designers already used the leaked imagery to generate impressive 3D renders of the Galaxy S7 edge.

DON’T MISS: New study shines light on one of the iPhone’s biggest advantages over Android

Martin Hajek, who has created many concept designs in the past, has come up with a short concept video for the Galaxy S7 edge.

The Galaxy S7 edge in the video below, as imagined by Hajek for German tech site Curved, two curved edges, but also a curved bottom side that would let Samsung integrate the home button right into the display.

Hajek’s design is largely based on the Galaxy S6, though his Galaxy S7 vision includes soft rounded edges like the iPhone 6 and a metal back. The concept also proposes USB Type-C connectivity, microSD support, and a rear camera that’s flush with the rear case, lacking any protrusion whatsoever.