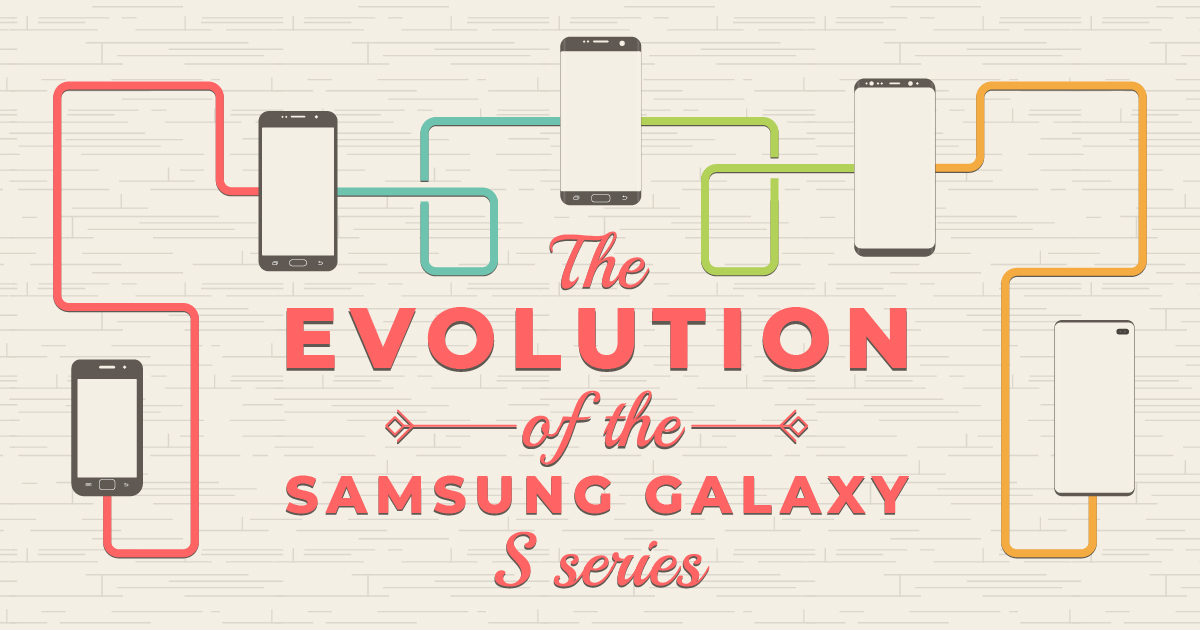 In just two days, Samsung will take the stage at its Unpacked event in San Francisco, California to unveil the latest and greatest Galaxy S smartphones. Based on the countless leaks and reports that have cropped up online over the past several months, we expect to see at least the Galaxy S10, Galaxy S10+, and Galaxy S10e at the event, though the 5G variant might make an appearance as well, along with Samsung’s foldable phone.

Needless to say, Samsung is going all out for the tenth anniversary of its flagship smartphone line, but as the South Korean company looks forward, Gadgetsdeck took the opportunity to look back and see how far the phone line has come since June 2010, which is when the original Galaxy S made its debut.

In addition to delving into all of the specifications of each subsequent Galaxy device, the graphic below also shows how often and how drastically Samsung changed the phone’s design from generation to generation. The display grew a full inch from 2010 to 2013, before leveling out at 5.1 inches with the release of the Galaxy S5 in 2015. Yet another jump occurred in 2015, as Samsung launched its first ever “plus” model, which had a 5.7-inch screen.

But what is perhaps the most substantial upgrade to date came in 2017, as Samsung introduced the Infinity Display of the Galaxy S8. Looking back, it marked the beginning of the end for bezels, which have been all but eliminated on the Galaxy S10. Check out the full infographic below, and visit Gadgetsdeck for a more detailed text version of the history of the Galaxy S line as well. It adds additional content that didn’t fit on the graphic.

The Evolution of The Samsung Galaxy S Series, Courtesy of gadgetsdeck.com