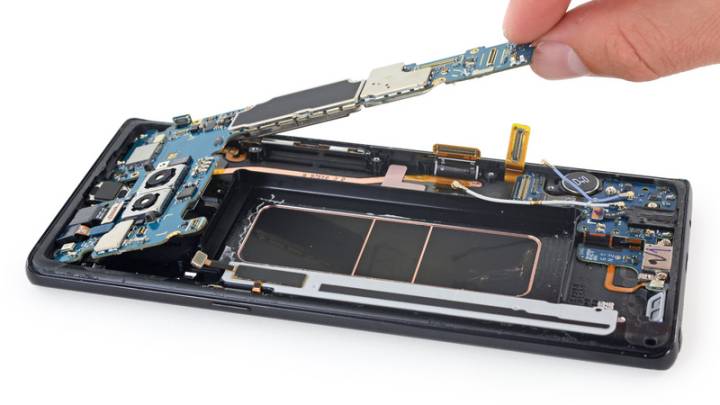 It’s a long and storied tradition: new gadget hits the market, and iFixit immediately destroys it with a selection of screwdrivers and guitar picks. In the process, we learn all about what’s inside a new phone, how hard it is to take apart, and to what degree you’re screwed if you shatter the front panel.

iFixit lost no time digging into the Note 8. As usual with most modern flagship phones, the Note 8 opens by heating the glue that holds the front panel in place, then using a series of tiny plastic pry chips to gently ease it open. It’s messy and dangerous — you can easily break the glass screen if you don’t know what you’re doing — but iFixit at least managed to get the screen off in one piece, better than the Essential phone.

Underneath, most of the components are easily replacable with a Philips-head screwdriver, which is good news for changing out things like the battery, or one of the Note 8’s four camera modules.

The final secret iFixit revealed is that the camera has optical image stabilization, a standard feature these days, but something Samsung neglected to mention.