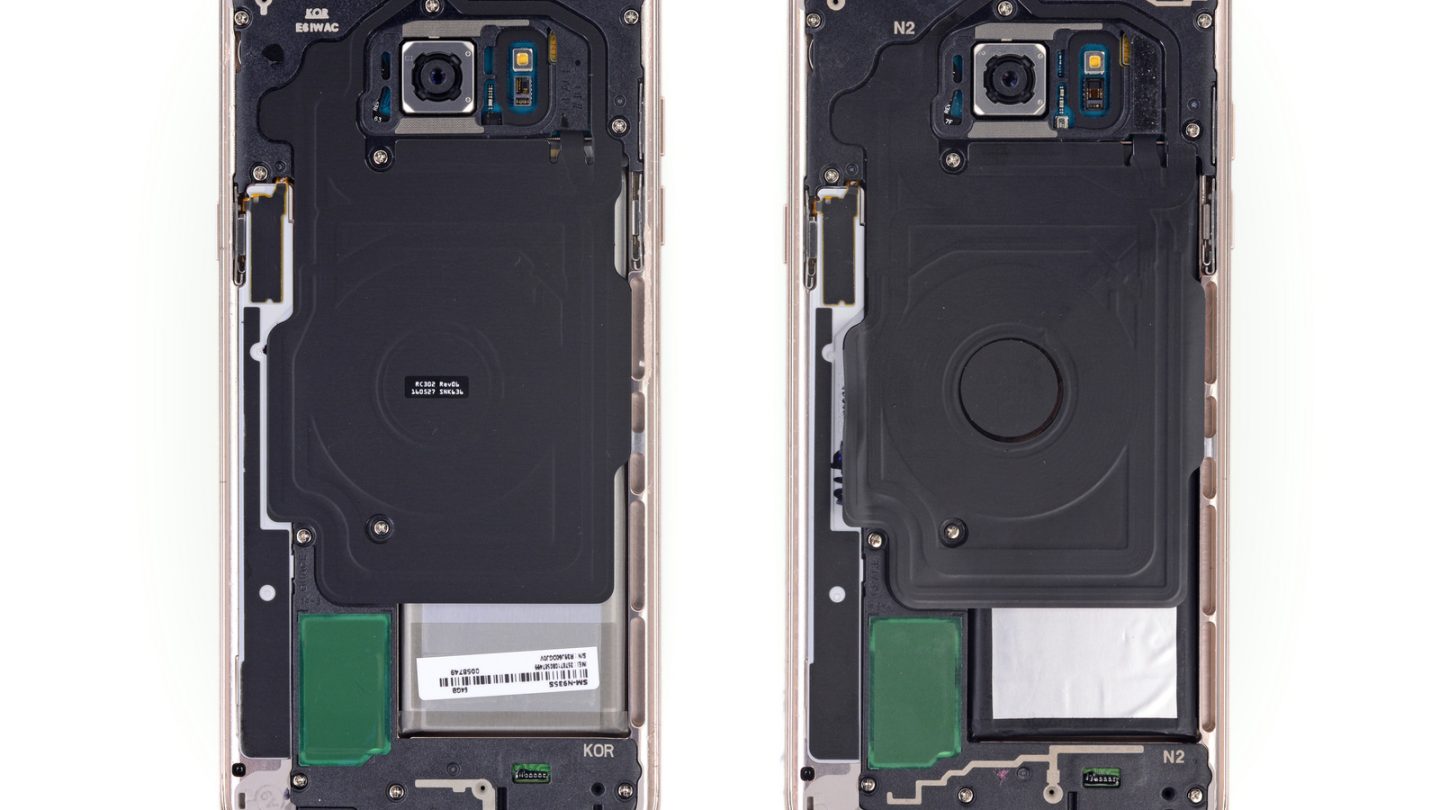 Samsung’s really hoping that the third time is going to be the charm for the Galaxy Note 7. It’s rolled out a slightly revamped version of the Note 7, called the Note 7 FE (that’s fan edition, not a shortening of covfefe), in South Korea.

From the outside, the Note 7 FE looks identical to the Note 7, so we’re going to have to go digging inside to see where Samsung’s spent all its time and money. Luckily, that’s exactly what the folks at iFixit have done, and we can all go along for the ride.

The big difference, as you’d absolutely expect, is the battery. The original Note 7’s specially-exploding battery had a capacity of 13.48Wh, and the new one is 12.32Wh, nearly 10% less.

iFixit also reports that the cell itself is physically a little smaller, which could address one of the possible reasons the battery exploded — not enough room for the battery to breathe and no protection from physical damage.

One surprise is that according to iFixit‘s sleuthing, the Note 7 retains Samsung’s 8-core Exynos processor. The Note 7 FE was expected to have a Snapdragon 821 processor instead, so it’s unclear whether that was planned and then changed, or if Samsung purposely decided to stay with its own processor.

From a hardware standpoint, nothing else is different. The only real difference for users between the phone that went on sale last fall and the Note 7 FE is the addition of Bixby, Samsung’s long-delayed virtual assistant that’s kinda-sorta meant to be a rival to Siri.