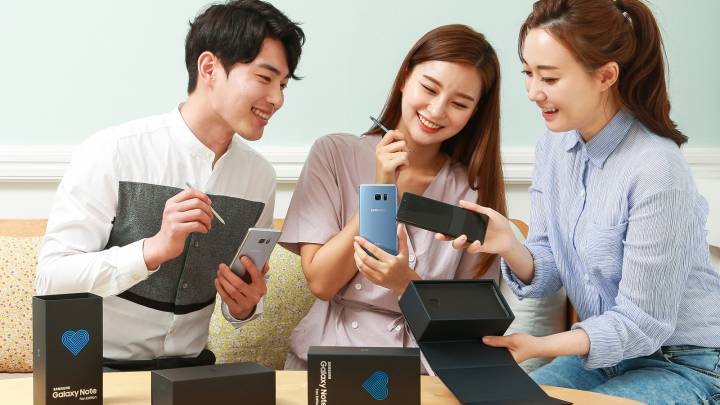 Months ago, Samsung confirmed that the Galaxy Note 7 will return to stores, without specifying any availability details. Since then, we heard the phone will be sold as the Galaxy Note FE, and that it might hit stores either in June, early July, or late July. The same rumors said the phone will be cheaper than last year’s fire-prone version, but that it’ll still cost more than $600.

Samsung announced the handset only for Korea, where it’ll hit stores on July 7th. Samsung says the Galaxy Note FE is an exclusive limited edition phone. That’s definitely not a surprise, considering that Samsung has a limited number of recalled Galaxy Note 7 units to refurbish. That’s assuming Samsung will repair the phones it recalled last winter.

The phone will sport the exact same specs of the Galaxy Note 7 except for the battery, which is smaller — that’s a 3,200 mAh battery, just as the rumors said.

Samsung also mentions an S Pen Plus, but it’s not clear what it is. Is it a new stylus, or just a function? Buyers of the Galaxy Note FE who get it by September 30th will find out more details about it.

Samsung plans to sell 400,000 units in Korea, with international sales to be determined at a later date. Buyers will also receive a clear view cover of the same color as the product.