With the Galaxy Note 10 set to launch in just 2 months, we’ve seen plenty of leaks over the past few weeks. Truth be told, however, there hasn’t been much news that has surprised us. Given Samsung’s history with Galaxy Note phones, we know that the Galaxy Note 10 will basically be a Galaxy S10 Plus with a slightly different design and S Pen stylus support. It’ll be powered by the same Snapdragon 855 and Exynos 9825 processors, it’ll have the same triple-lens rear camera system, and it’ll sport the same Dynamic AMOLED screen in a slightly different size with slightly better tuning. In fact, the only surprises so far have probably been the revelations that there will be multiple versions of the Note 10 for the first time in the history of the Galaxy Note series and the fact that the phones will support lightning-fast 45W fast charging.

While it might not be the most surprising new smartphone in the world, there are still tons of Samsung fans out there who can’t wait to get their hands on the company’s next-generation Note phone. The Galaxy Note 10 won’t make its official debut until sometime in early August, but a new leak confirms that there will be an ultra high-end version of the phone, and it even tells us exactly how powerful the new Note will be.

We already know that Samsung plans to launch a new entry-level version of the Galaxy Note 10 this year. Flagship phones have gotten so ridiculously expensive that market leaders like Apple and Samsung decided to offer stripped-down versions that cost hundreds less than the high-end models. Apple’s iPhone XR started the trend in 2018, and this year’s Galaxy S10e must be doing well too, because Samsung is following it with a similar Note 10 model. We’re not sure if it’ll be called the “Galaxy Note 10e,” but we are certain that it’ll be far more affordable than the main version of the Note 10. But there’s another Note 10 model in the works as well, and it’ll be even more expensive than the standard Galaxy Note 10.

SM-N970 and SM-N975 are reportedly the model numbers reserved for Samsung’s regular Galaxy Note 10 with either a Snapdragon or an Exynos processor, while SM-N971 and SM-N976 were rumored to be another version of that model with 5G support. Those rumors are now confirmed because an SM-N976V headed for Verizon and an SM-N976B headed for Telstra in Australia were just spotted on Geekbench. Here are screenshots of their impressive scores: 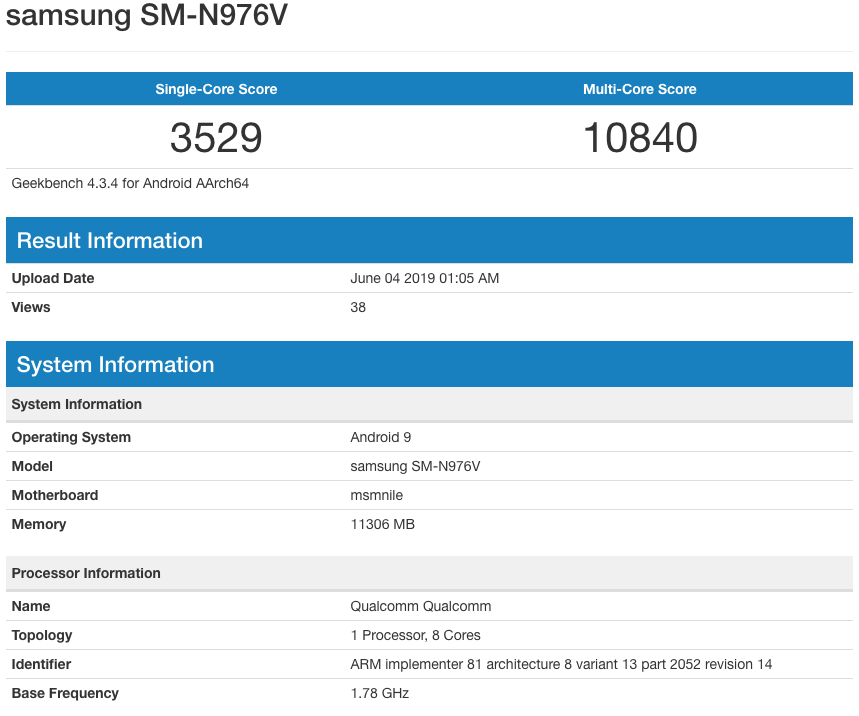 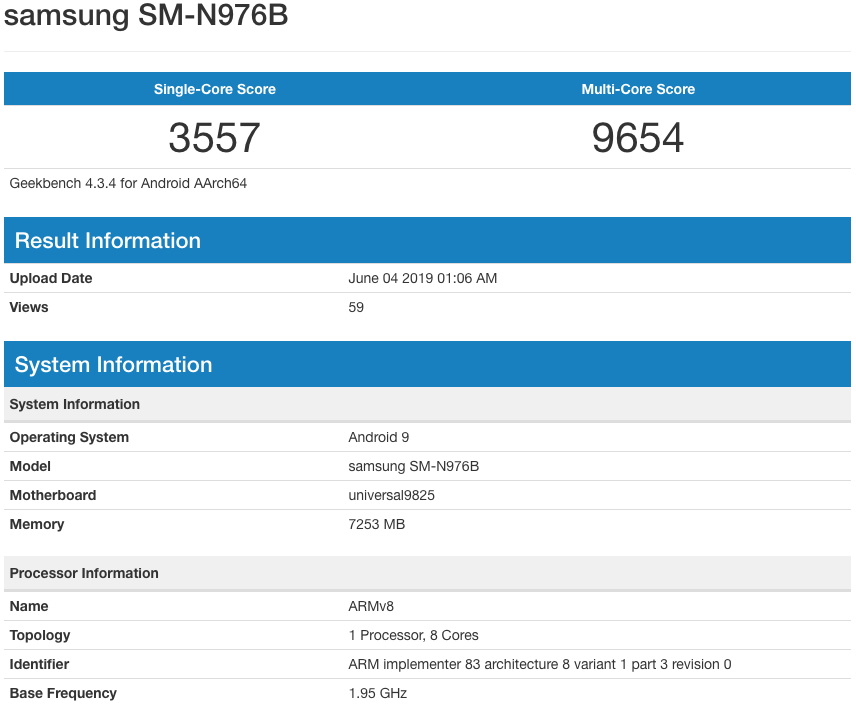 The details on the Geekbench website confirm that the SM-N976V will be powered by the Qualcomm Snapdragon 855, while the SM-N976B sports an Exynos 9825. As is the case with Samsung’s Galaxy S10 phones, the Snapdragon version that will be sold in the United States and China appears to be a bit more powerful than the Exynos model.