With just days to go until Samsung takes the wraps off of its last big flagship smartphone launch of 2019, the higher-end version of the company’s new Galaxy Note 10 just leaked on video for the first time. Before we get to that, though, the answer is no, we haven’t forgotten about the Galaxy Fold that will finally be released in September. So why did we say this is the “last big flagship smartphone launch of 2019”? Because if you’re smart, you’ll forget that the Galaxy Fold ever existed. Even if Samsung managed to fix everything that was wrong with the phone’s display design, the shoddy work was only part of the Galaxy Fold’s problem. It’s got an awful design with massive bezels and a huge notch bitten out of the corner of the main display, it’s too thick, you can still see the crease at the center of the screen when you use it, the aspect ratio is horrible, and it’s insanely overpriced at $2,000. Samsung is absolutely horrible when it comes to first-generation products, as we’ve explained time and time again. If you want a foldable smartphone, do yourself a favor and wait until the Galaxy Fold 3 or Galaxy Fold 4 is released.

With that out of the way, we can turn our attention back to a Samsung smartphone that is worthy of your interest and of your hard-earned money. Samsung’s new Galaxy Note 10 and Galaxy Note 10+ are finally set to be made official later this week, putting an end to the constant barrage of leaks and rumors we’ve seen for the past few months. We already know practically everything there is to know about the new phones, of course, but there was one more big leak that had to happen before the announcement on Wednesday. That’s right, Samsung fans: A Galaxy Note 10 being used in the wild has finally been captured on video.

Now, there are two possible explanations behind this huge leak, which was posted to Baidu and shows a person using a Galaxy Note 10+ prototype on the subway. The first and less likely explanation is that this Samsung employee is quite stupid and decided to use an unreleased smartphone in public that’s supposed to remain hidden. The second is that this Samsung employee was authorized to test the phone in the wild. In either case, this is our first look ever at Samsung’s unreleased Galaxy Note 10+ on video… sort of. 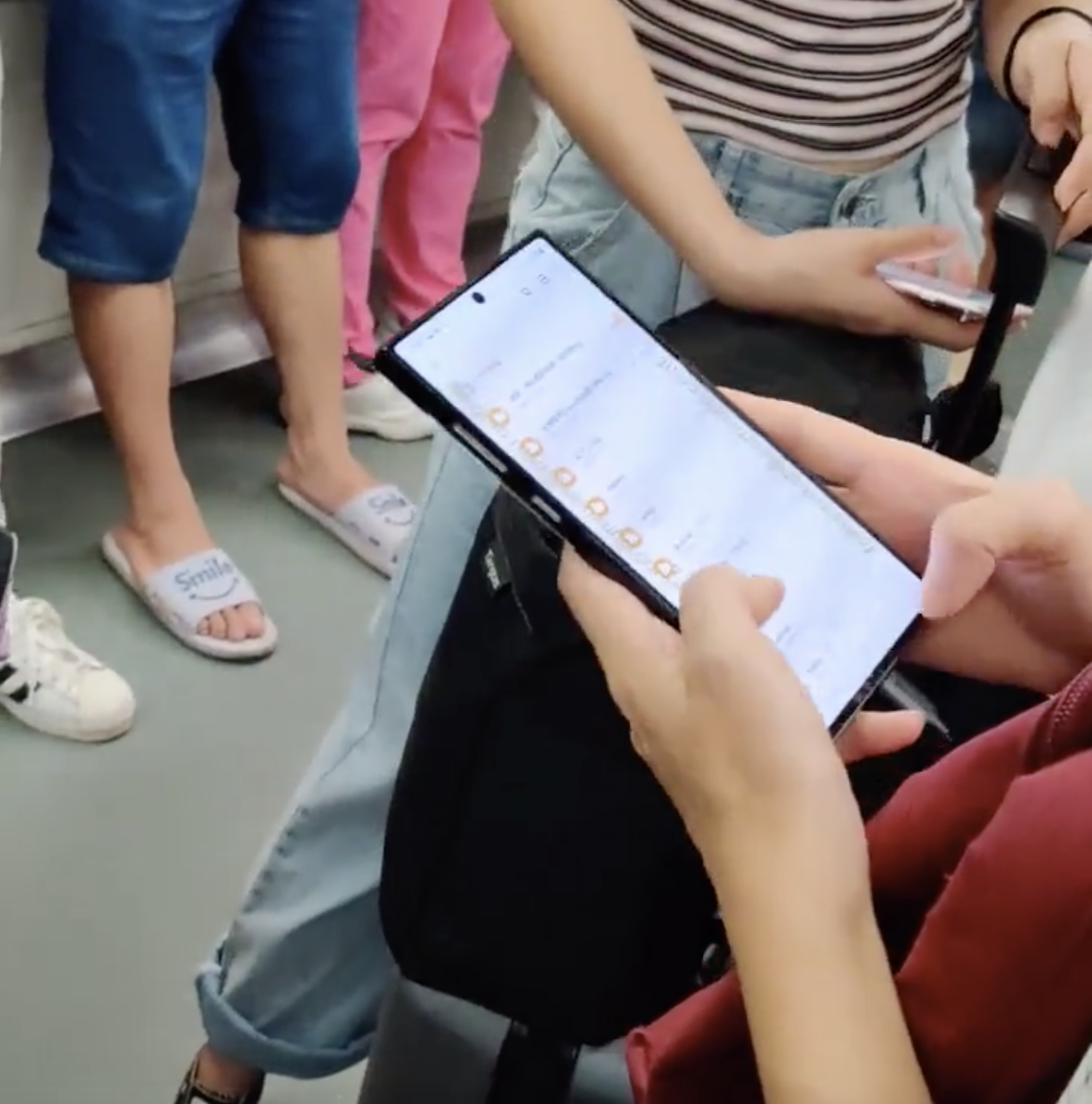 As you can see in the screen capture above and in the video below, there’s something wrong with this Galaxy Note 10+: the display is flat. Were all the leaks and rumors wrong? Is Samsung ditching its signature curved screen? Of course not. This Note 10+ is a prototype intended solely for testing, and so it doesn’t have the phone’s final design. This is definitely still the real deal though, and you can see how amazing that all-screen hole-punch design looks in real life.

Samsung is set to unveil the Galaxy Note 10 and Galaxy Note 10+ during a press conference in New York City on Wednesday, August 7th. The phones are then expected to be released on August 23rd after a lengthy preorder period. In the meantime, you’ll find this new leaked Galaxy Note 10+ video embedded below, via Slashleaks.