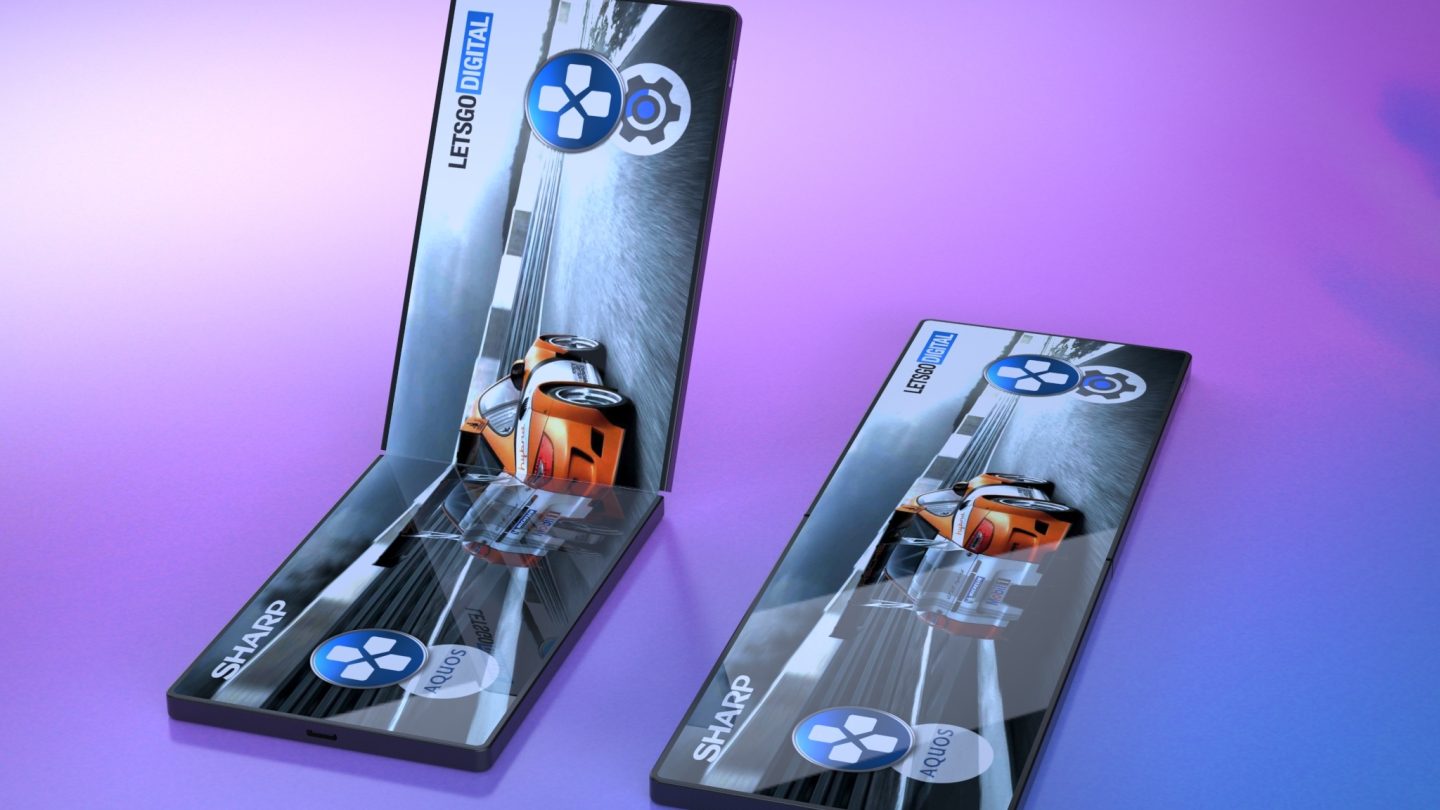 The trajectory of smartphone design these days is increasingly veering off into non-traditional niches, with the more traditional and most popular phone designs increasingly the product of a shrinking number of big companies like Apple and Samsung. Meanwhile, we’ve reported on lots of smaller players like Oppo and LG trying to carve out a niche for themselves in this market, with Sharp being a new addition to this list.

Based on newly discovered patent documentation, it seems that Sharp sees a future in combining two non-traditional smartphone categories into one — foldability, and gaming.

The Japanese consumer electronics giant applied for a patent covering a “handheld electronic device” from the US Patent and Trademark Office back in 2017. That design patent was finally published a few days ago, and it depicts a foldable clamshell smartphone that appears to be intended for gaming.

The patent shows, among other things, circles on both sides of the display that appear to be meant for gaming-related controls. Dutch tech news blog LetsGoDigital prepared some color renderings of this new phone based on the patent documentation, which you can see above. In terms of what elements the design consists of, we can see that the front of the device is entirely comprised of the display, with no visible cameras or other sensors. You can also bend both sides of the display a little bit towards each other, which creates a slight curve in the screen that produces a comfortable position for holding.

Sharp no doubt wants to experiment with fresh device categories to create new revenue opportunities for itself, given that the company almost went bankrupt three years ago and had to be rescued by selling a majority stake to none other than Foxconn — the same company, of course, that supplies processors for the iPhone and iPad, among other things. Sharp has since then been increasingly investing resources into things like producing cameras, and with companies like LG, Samsung and others increasingly experimenting with non-traditional handset designs, it’s easy to see why Sharp thinks it might as well see if it, too, can capitalize on the newfound interest in smartphones that bend as well as in phones dedicated primarily to gaming.