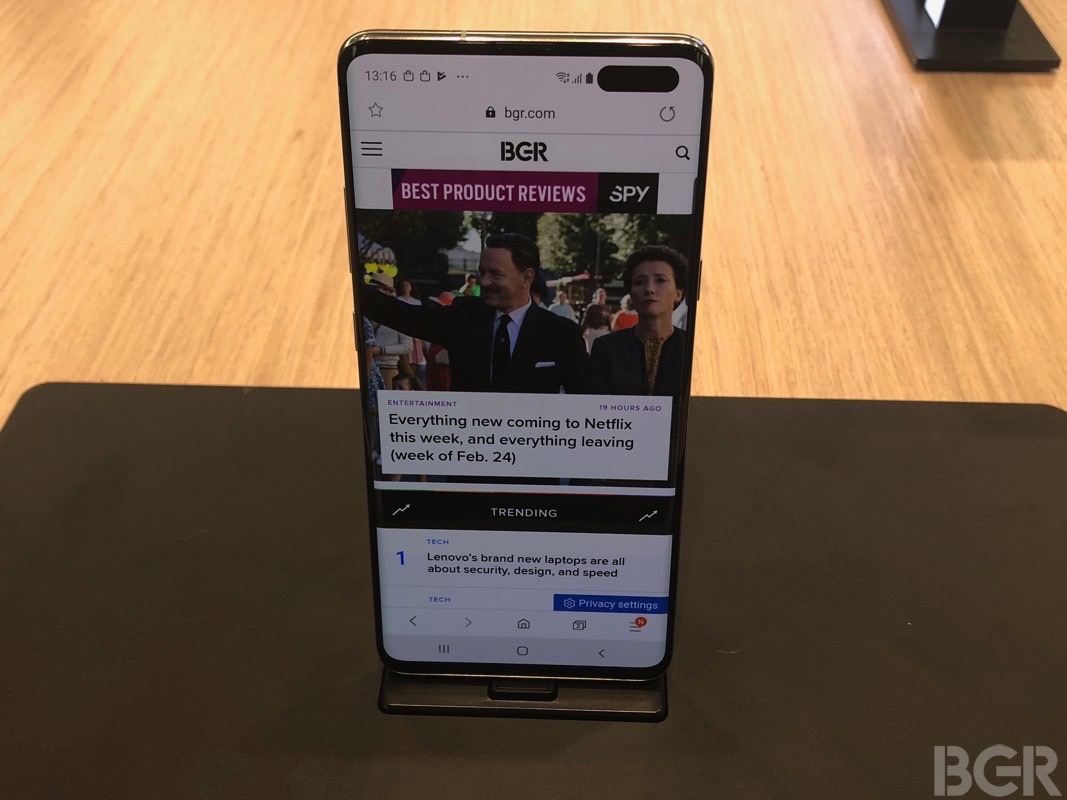 The Galaxy Note 10 will come in two sizes, several reports have claimed in the past, and each one will get its own 5G variant. However, all these phones will be pretty expensive at launch, especially the 5G versions. That’s what Samsung did with the Galaxy S10 series this year, whose 5G option is the costliest S10 option in stores right now. More budget-minded buyers can purchase the OnePlus 7 Pro 5G or the Xiaomi Mi Mix 3 5G, but these devices aren’t available in all markets where 5G networks have been turned on. That said, Samsung is also working on a cheaper 5G phone that will be part of the Galaxy A series of mid-range devices. However, this handset will be just as powerful as the Galaxy S10, Note 10, and OnePlus 7, as it’ll run on the same Snapdragon 855 processor that powers 2019 Android flagships.

A leaked benchmark found by SamMobile tells us the phone will have 6GB of RAM paired with that Snapdragon 855 processor, and that the scores are in line with other smartphones powered by the same processor.

Moreover, GalaxyClub made a different discovery, revealing the phone will have a massive 4,500 mAh battery. That’s thanks to a regulatory filing from South Korea that revealed the battery’s model name for the SM-A908 device, which is the Galaxy A90’s model number. It’s unclear from the leak whether the A90 will support 45W fast charging, as some reports had suggested.

The A90’s other specs are unknown, but Samsung will likely make some compromises to lower the phone’s cost. After all, the A90 isn’t one of Samsung’s known mobile brands, so it can’t match the S10 and Note 10 in terms of overall hardware.

In a second report, the Dutch blog said the phone will be hitting European markets, having found a model number for international markets (SM-A908B).

The Galaxy Note 10 series launches in early August in New York, as Samsung has confirmed as much recently. But the Galaxy A90’s launch date is still a mystery. The same goes for the phone’s price. The A90 should be cheaper than the Note 10, but we have no idea how much Samsung will charge for it.