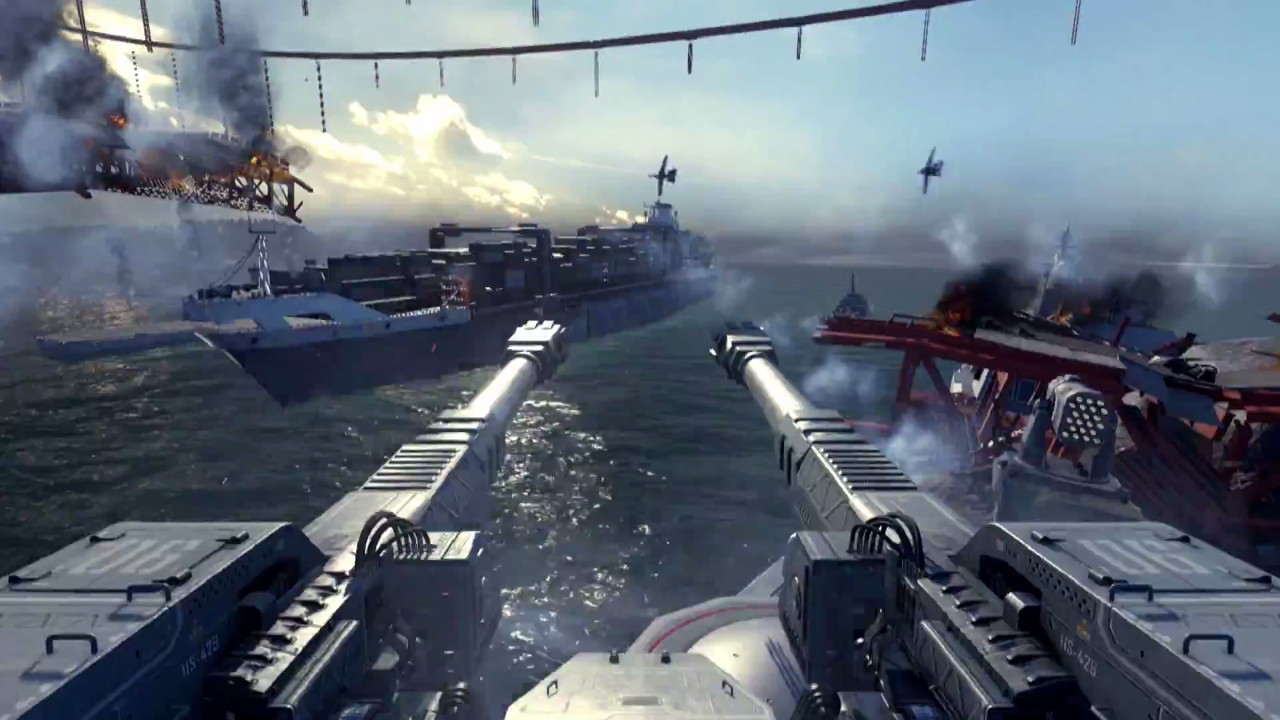 New “bullets” for military railguns, which could strike enemy targets traveling at a whopping six times the speed of sound, are being tested.

Electromagnetic railguns and lasers are two technologies the military is harnessing as an alternative to gunpowder. The U.S. Navy is pioneering the futuristic weapons that could play a vital role in future combat.

Both General Atomics and BAE Systems have created cutting-edge Electromagnetic Railguns. In 2012, the Office of Naval Research began testing them.

Related: Could you name the new most lethal stealth bomber in the world?

Ultimately, the plan is for railguns to unleash projectiles will strike targets at speeds faster than Mach 6.

To put this into context, the average bullet travels about 1,700 miles per hour. Mach 1 is about 767 miles per hour. A railgun projectile will travel at Mach 6 – that’s nearly three times faster than the typical bullet.

And the railguns will be able to strike threats more than 100 nautical miles away in approximately six minutes. They could be deployed against a range of threats for precision strikes against land, water surface or air targets.

Research and development continues to provide the U.S. military with even more velocity and further range.

Inside the General Atomics projectile, there are navigation sensors and processors for guidance, navigation and control.

Within the launcher, the projectiles withstood a multi-Tesla magnetic field, then launched and performed successfully, according to General Atomics.

How does a railgun work?

The muzzle velocity of a railgun can be more than twice that of conventional weapons.

In a naval setting, for example, a ship would generate electricity and store it in a pulsed power system. An electric pulse is sent to it the railgun where an electromagnetic force is created. The force accelerates the projectile and launches it between two conductive rails up to Mach six. By adjusting the electromagnetic pulse, the range can be varied.

Related: High-tech sponge can save lives in less than 20 seconds

Once unleashed, the projectile harvests extreme speed for maximum impact.

In addition to reducing cost and enhancing precision strikes, railguns offer a number of other advantages. The magazine, for example, will only be limited by factors like the ship’s power and cooling capacity.

Since it reduces the amount of high explosives necessary for gunpowder-based munitions on ships, railguns will also improve safety for sailors and marines. Downrange, rail guns will reduce the amount of unexploded ordnance in the battlespace.

Related: Could the US deploy ‘cyborg’ troops?

Rather than multi-million-dollar missiles, railgun projectiles can tackle the same threats at the same range but at a tiny fraction of the cost.

The Navy continues to pioneer railguns making the futuristic weapon a reality. Both General Atomics and BAE Systems have been working on next generation prototype EM Railguns.

In a big leap forward railguns development, the Navy will be testing the technology at sea this year.

Ballet dancer turned defense specialist Allison Barrie has traveled around the world covering the military, terrorism, weapons advancements and life on the front line. You can reach her at wargames@foxnews.com or follow her on Twitter @Allison_Barrie.