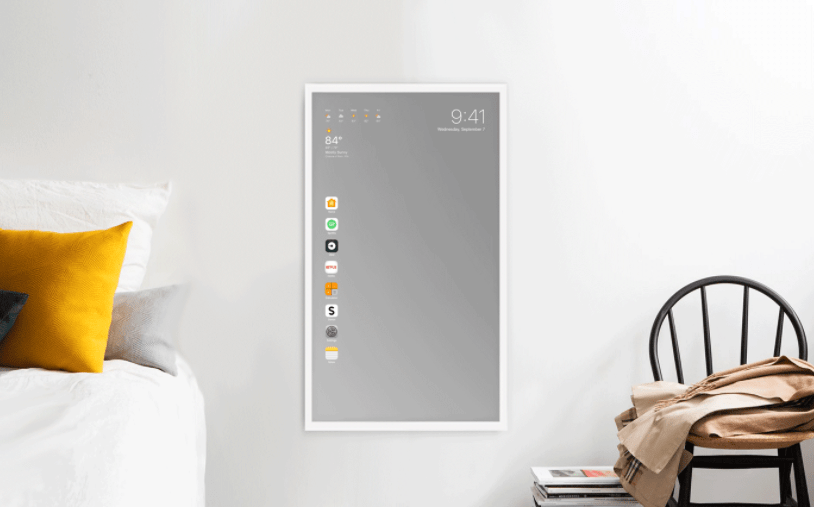 It’s one thing to come up with concepts for Apple products that are just over the horizon, like the iPhone 8, but it’s an entirely different challenge to invent a new iDevice without a predecessor to draw from, and make it actually work. But that’s exactly what Rafael Dymek did with his “Apple Mirror.”

The mirror is like a computer display, but with iOS-style icons to launch various apps. A clock and realtime weather hub are situated at the top of the shiny screen, and the apps themselves can be moved around and positioned anywhere on the screen.

However, as you probably guessed, the apps don’t launch in full-screen glory as they would on an iOS device. Since the mirror is essentially a desktop, all programs appear in windows, which should also allows for easy multitasking.

Apps like Uber, Netflix, Facebook Messenger, Sonos and Twitter are all fully functional on the conceptual device, and the entire setup seems to work quite well, albeit with a bit of touchscreen input delay. The mirror automatically goes to sleep after 45 seconds of inactivity, and wakes back up with a tap on the screen.

Dymek notes that he choose to create an Apple-inspired smart mirror simply for his own enjoyment. “I admire Apple’s vision and approach to creating revolutionary products,” he writes. “My only goal for this project was to create something useful that I could see myself using.”

The Apple Mirror certainly isn’t the first smart mirror to tease the internet. An Uber-hailing digital mirror popped up earlier this year, using a similar approach and layout.