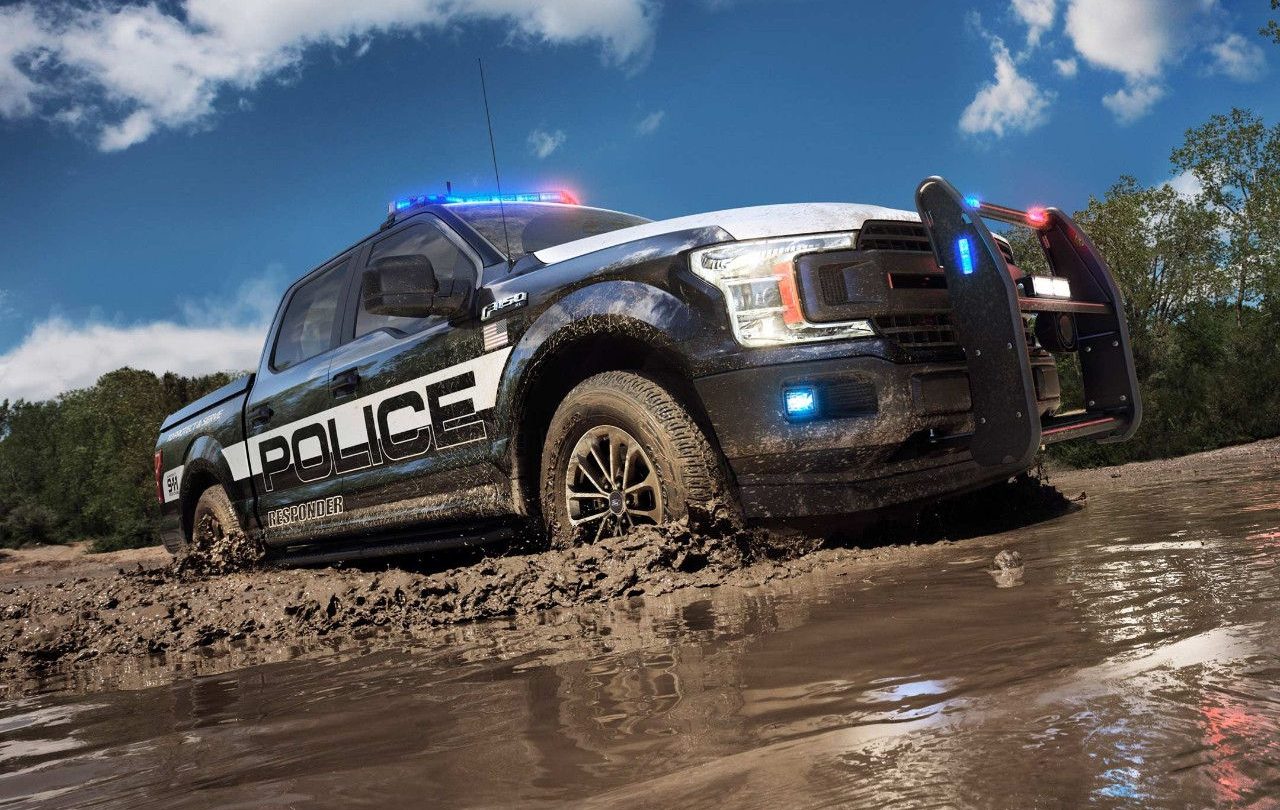 Plenty of crooks have attempted to leave the police in their dust by ditching the pavement and going off-road, but Ford’s latest police-only pursuit vehicle is ready to give them a run for their money. It’s packed with power, durability, and enough upgrades to handle just about any type of terrain, and it’s like no other police car you’ve ever seen — because it’s not a car at all. The automotive company just revealed the F-150 Police Responder, and it’s an absolute beast.

To build a pickup truck worthy of being in a high-speed chase, Ford took its already impressive F-150 with the FX4 off-road upgrades and made it even better. The final product boasts a V6 engine, which might sound fairly weak for a high-powered highway machine, but that modest mill is equipped with not one, but two turbochargers. Rated at a healthy 375 horsepower, that gas-guzzling heart is mated with a 10-speed automatic transmission for smooth and rapid acceleration.

The truck also gets upgraded suspension and brakes which have been “police-pursuit calibrated” to give it the edge in handling, as well as underbody skid plates for protection. Ford says it’s the first pickup truck that qualifies as “pursuit-rated.”

The capabilities of the F-150 Police Responder will be tested this year by both the Michigan State Police and the Los Angeles County Sheriff’s office, and is slated to formally launch early next year, when it will no doubt make its presence felt on back roads and snow-covered highways across the country.