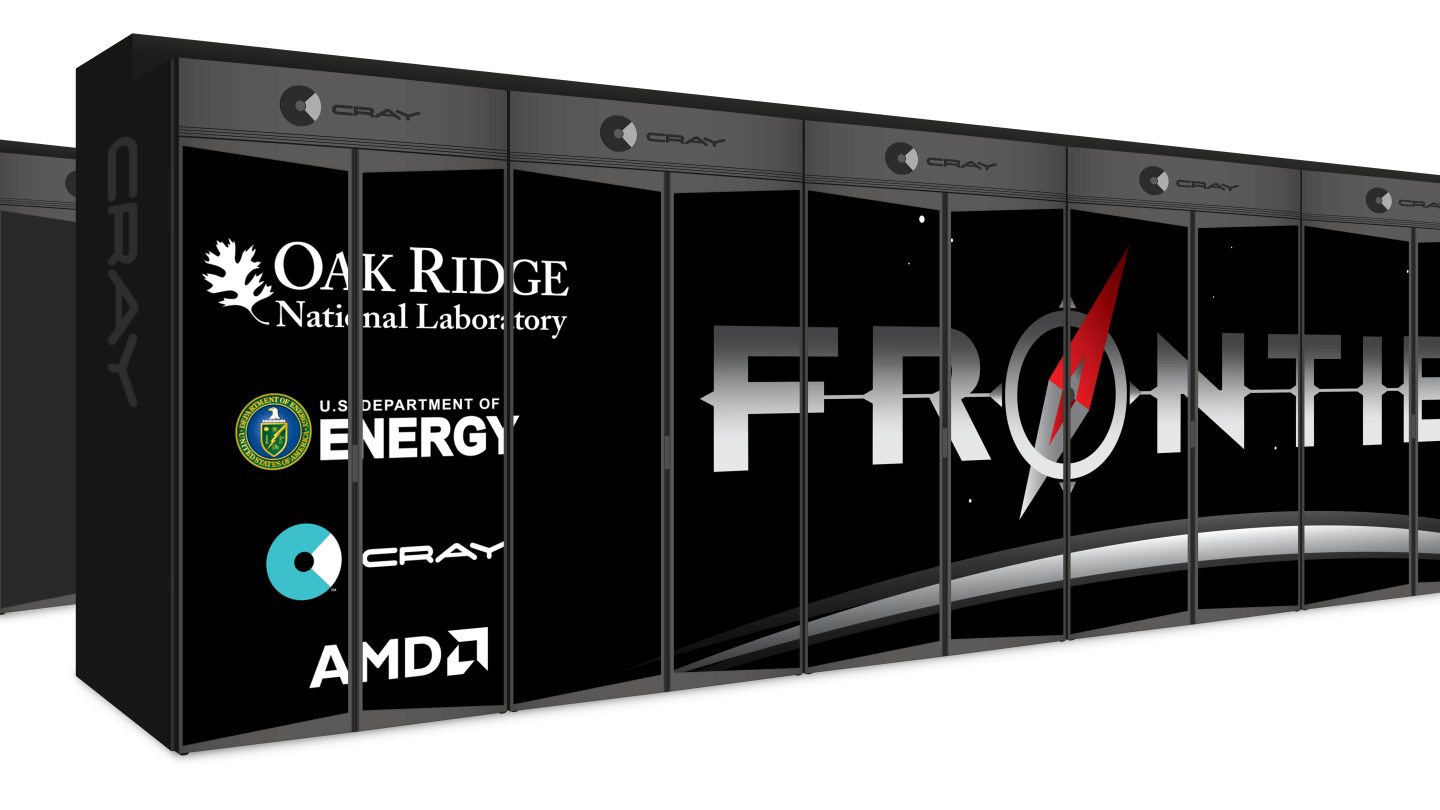 Image: US Dept. of Energy

On the heels of the US government’s announced in March that the first US exascale computer is being built just outside Chicago and coming in 2021, the US government announced today that it’s also commissioned a manufacturer to build what would be the most powerful computer in the world that will also make its debut in 2021, keeping the US at the forefront of supercomputer supremacy.

The company building the new supercomputer, named Frontier, is Cray Inc., which will use high-performance AMD EPYC CPU and Radeon Instinct GPU technology in the system, and it will boast a performance greater than 1.5 exaflops.

To get an idea of much computing power that represents, one exaflop involves being able to perform a quintillion operations per second.

The US Dept. of Energy in its announcement today hyped up the Frontier system as eventually being able to solve calculations up to 50 times faster than today’s supercomputers, with a goal of topping a quintillion calculations per second (a number that’s written as a 1 with 18 zeroes after it). The supercomputer would also “enable researchers to deliver breakthroughs in scientific discovery, energy assurance, economic competitiveness, and national security.

The contract the government awarded to develop Frontier is valued at more than $600 million. Oak Ridge’s Center for Accelerated Application Readiness has begun accepting proposals from scientists to prepare their codes to run on Frontier, and US Energy Secretary Rick Perry promised in a statement as part of today’s announcement that Frontier’s “record-breaking performance” will help keep the US at the forefront of scientific innovation.

It will do so, “by giving American researchers world-class data and computing resources to ensure the next great inventions are made in the United States.”

Not to be a downer, but it should go without saying that China isn’t taking developments like this lying down. Not only will it reportedly have an exascale computer of its own a year earlier than the US, according to a Chinese news report, but it currently boasts a total of 227 supercomputers within the country, versus 109 in the US.