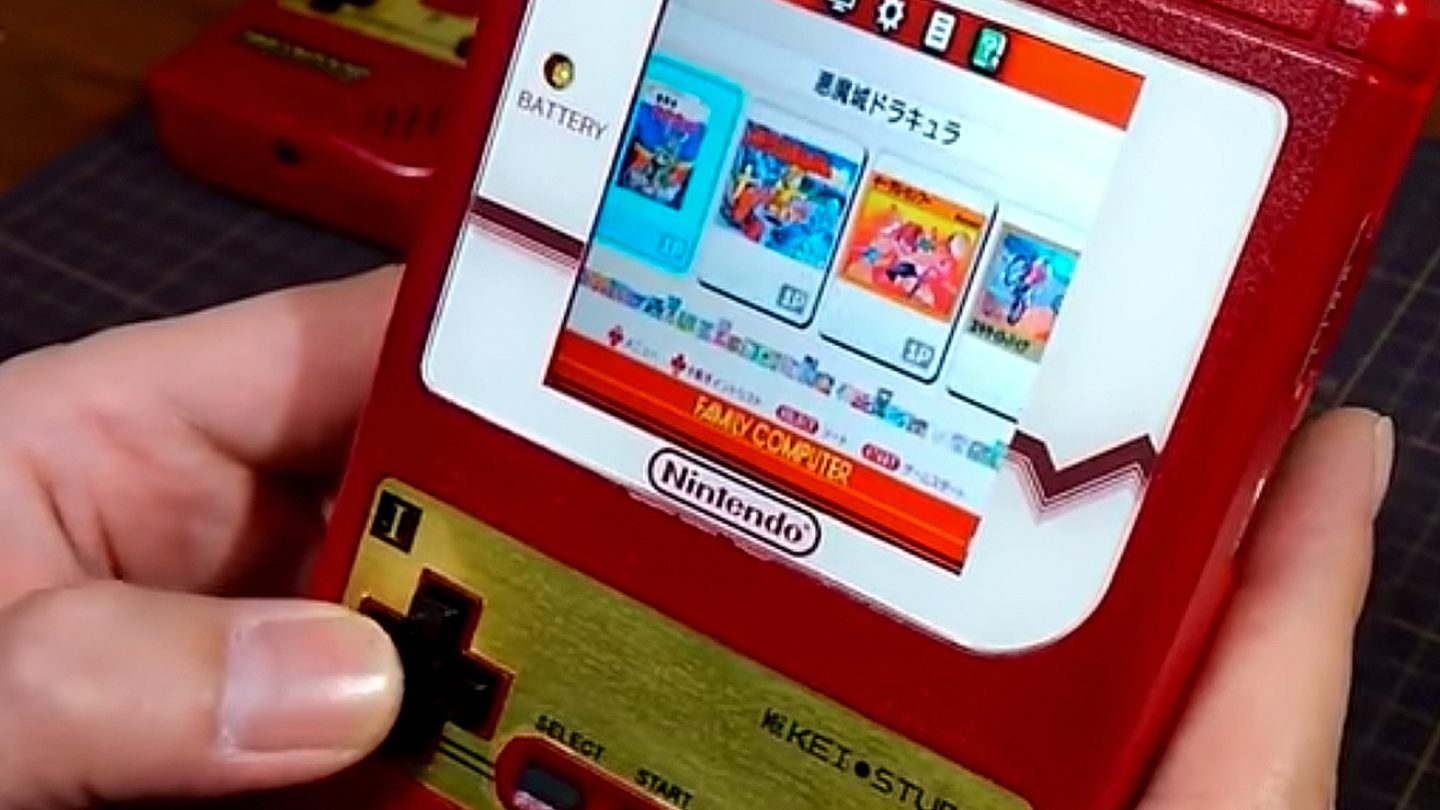 The NES Classic Edition might be the hottest Nintendo gadget in years but over in Japan they don’t really care. That’s because the NES as we know it doesn’t exist in the Japanese market. Instead, Japanese gamers got the Famicom, which is essentially an NES in a red and gold body, and since the company is feeling all nostalgic recently they also produced a tiny version of the console for release alongside the NES Classic. It’s called the Famicom Mini, and even though it’s awesome all on its own, some inventive hackers decided to make it portable by cramming the guts into the body of a classic Game Boy. The result is absolutely awesome.

In a blog post on their site explaining how they pulled off the impressive feat, the modders known as Kei Studio give a thorough rundown of all the parts they used to make the conversion happen. For starters they nabbed a red original Game Boy, a 3.5-inch color LCD screen, HDMI downscaler, multiple rechargeable batteries and various other small components. Then, with the Famicom Mini torn apart, they began the process of disassembling, reassembling, and testing how all the parts would work together. Eventually they were able to piece together a working Mini board that could fit inside the Game Boy case, along with the controller board and buttons. Not satisfied with the already impressive accomplishment of making the hacked hardware functional, Kei Studio decided to give the Game Boy a Famicom makeover of its own, complete with gold trim and custom “Famicom Pocket” branding. The team made a pair of the devices, and with a special link cable they can actually play two-player games as well. The handhelds provide roughly two and a half hours of playtime on a single charge. That may not be enough for a Mario marathon, but it’ll definitely help pass the time on the subway.