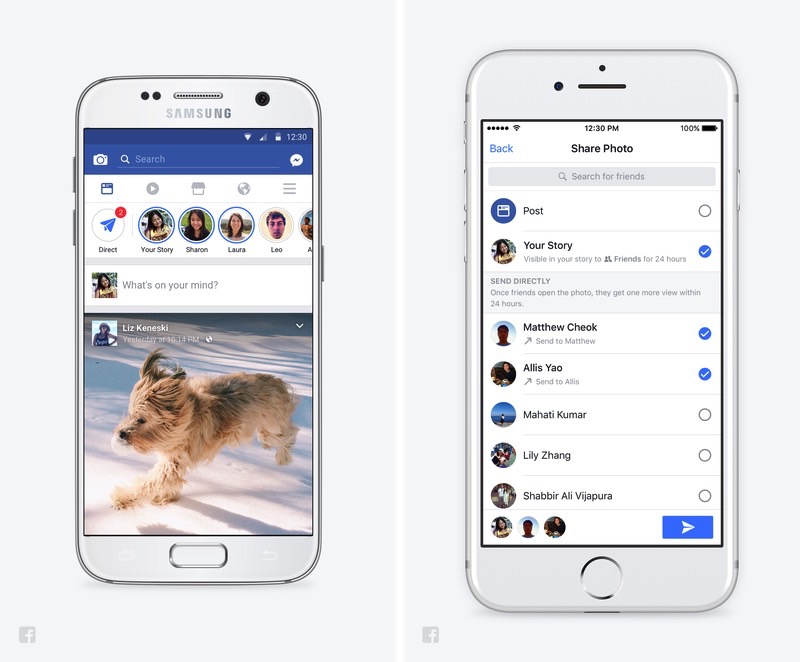 Snapchat will totally hate it, but Facebook now basically offers all of the Snapchat app’s functionality right inside its main Facebook mobile app. It just calls it Facebook stories. An update on iPhone and Android available beginning today will let you experience the kind of ephemeral content sharing you’re used to seeing in Snapchat right inside your Facebook app.

The update is rolling out globally and will bring three new features to Facebook users, including a new feed of ephemeral stories at the top of the News feed, a private messaging feature called Direct, and — the most important component — a redesigned in-app camera that makes all the new Snapchatting possible.

“The way people create content is changing to be from text to photos and videos,” product manager for Facebook stories Connor Hayes said. “This is, in turn, changing the way they’re sharing with one another and interacting online. This is something that Snapchat has really pioneered.”

If you’re familiar with how Snapchat works, then you’ll be right at home with Facebook stories because it’s a blatant ripoff. Photos and images will disappear after 24 hours, and you can adorn your multimedia creations with filters, text, and other similar gimmicks.

To start a story, you have to swipe right on the News Feed or tap the camera in the top-left corner of the app. Once your creation is done, you can share it with all your friends or just a few friends you choose. One of the most interesting features of Facebook Stories is the new Direct messaging system. That’s how you share stories with selected friends, but it can be used as a chat system as well. Because Facebook obviously needed even more messaging apps in its arsenal.