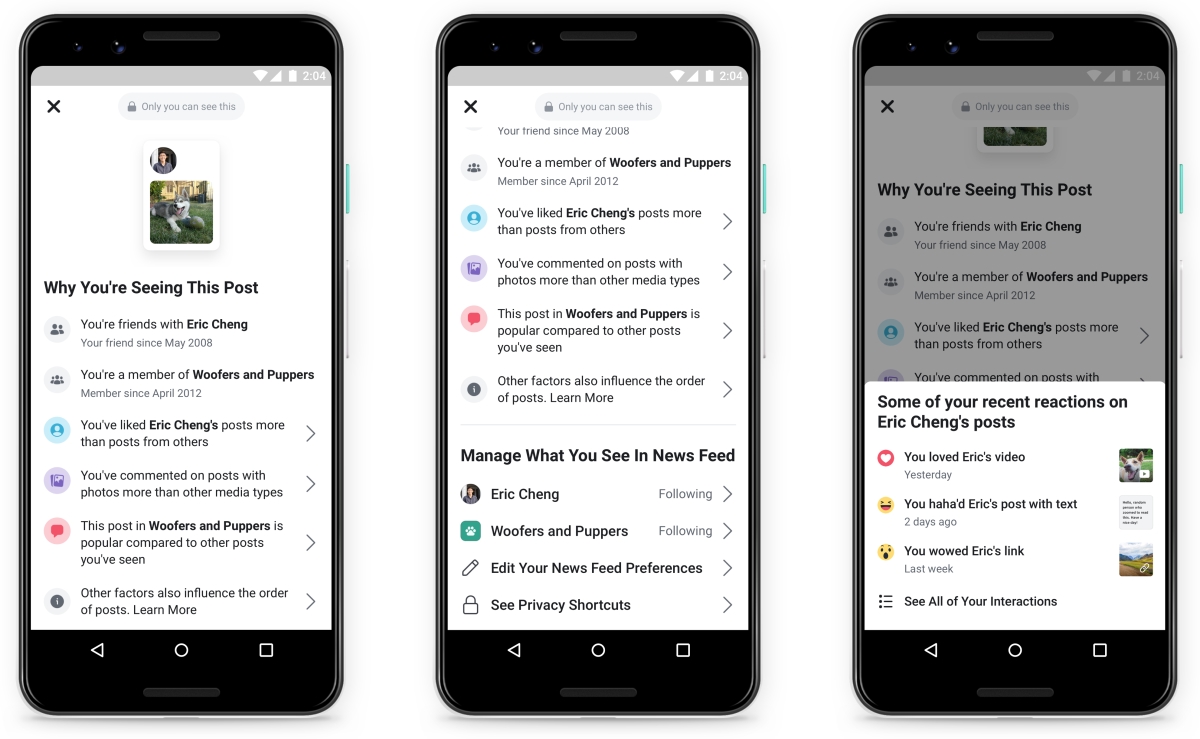 One of the least understood and arguably most disliked features of the Facebook user experience is the social network’s all-important, algorithmically-sorted News Feed. For the vast majority of users who don’t take the time to proactively “tune” their feed, it can often seem like a haphazard mishmash of forgettable photos, political rants, ads they don’t care about and status updates from friends they haven’t seen in years. Which is a shame, from Facebook’s perspective at any rate, since the News Feed is so core to how people interact with the largest social network in the world.

And even though the reasoning behind why certain posts get ranked high in the News Feed, and why some don’t even get surfaced at all, has baffled and confounded users for years, Facebook has now finally decided to start explaining itself. Specifically, why the feed shows you what it does.

Better late than never, I suppose. At any rate, Facebook product manager Ramya Sethuraman explains in a company blog post that Facebook has launched a new tool called “Why am I seeing this post?” that will for the first time show how post-ranking works in the app. It will help users understand why they’re seeing what they see from the friends, pages and groups they follow and are connected to.

Related to this are improvements being made to the “Why am I seeing this ad?” tool that Facebook first launched back in 2014. The company also wants people to understand why they’re seeing the ads they see and to be able to take action from individual posts to personalize their feed even more.

“The goal of News Feed is to show people the posts that are most relevant to them,” Sethuraman’s blog post explains. “‘Why am I seeing this post?’, which can be found in the drop down menu in the right hand corner of a post, explains how your past interactions impact the ranking of posts in your News Feed.”

What the new tool will allow you to see are insights into why a certain post appears in your feed. Also, according to Facebook, you’ll see what information has the largest influence over the order of posts, such as how often you interact with posts from people, Pages or Groups; how often you interact with a specific type of post, like videos, photos or links; and the popularity of the posts shared by the people, Pages and Groups you follow.

This new tool will also give you shortcuts to controls, such as See First, Unfollow, News Feed Preferences and Privacy Shortcuts, to help you personalize your feed.