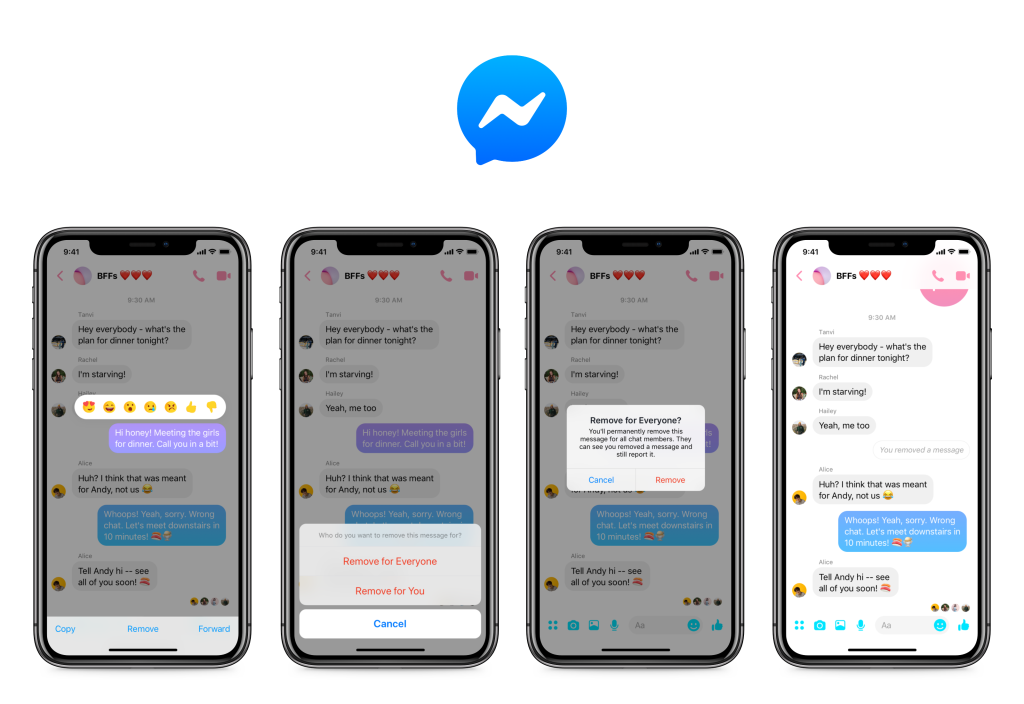 One of the countless Facebook scandals to come to light in 2018 was that of CEO Mark Zuckerberg’s ability to delete messages that he had sent. Once the story began to spread, Facebook confirmed that the CEO’s messages expired after a set amount of time, explaining that this was a security measure in response to the Sony email hacks of 2014. Within hours, Facebook announced an unsend feature was in the works for users as well.

Nearly a year later, work on the feature appears to be complete, as Facebook revealed in a blog post on Tuesday that all users now have the option to remove messages that they’ve sent on Messenger, whether it was to a single person or a group of people. The feature is available now on both the iOS and Android apps.

“Simply tap on the message you want to remove and select the option to “Remove for Everyone.” explains Messenger product manager Anna Iskikian. “The removed message will be replaced by text alerting everyone in the conversation the message was removed. You will have up to 10 minutes to remove a message after it is sent.”

Facebook Messenger also continues to provide the option to “Remove for You” at any time, but everybody else in the chat will still be able to see the message — it will just no longer appear in your personal chat log.

While this feature isn’t quite as expansive as Zuckerberg’s expiring messages, countless users will appreciate the fact that they can finally unsend a message that they accidentally sent to the wrong person or group.