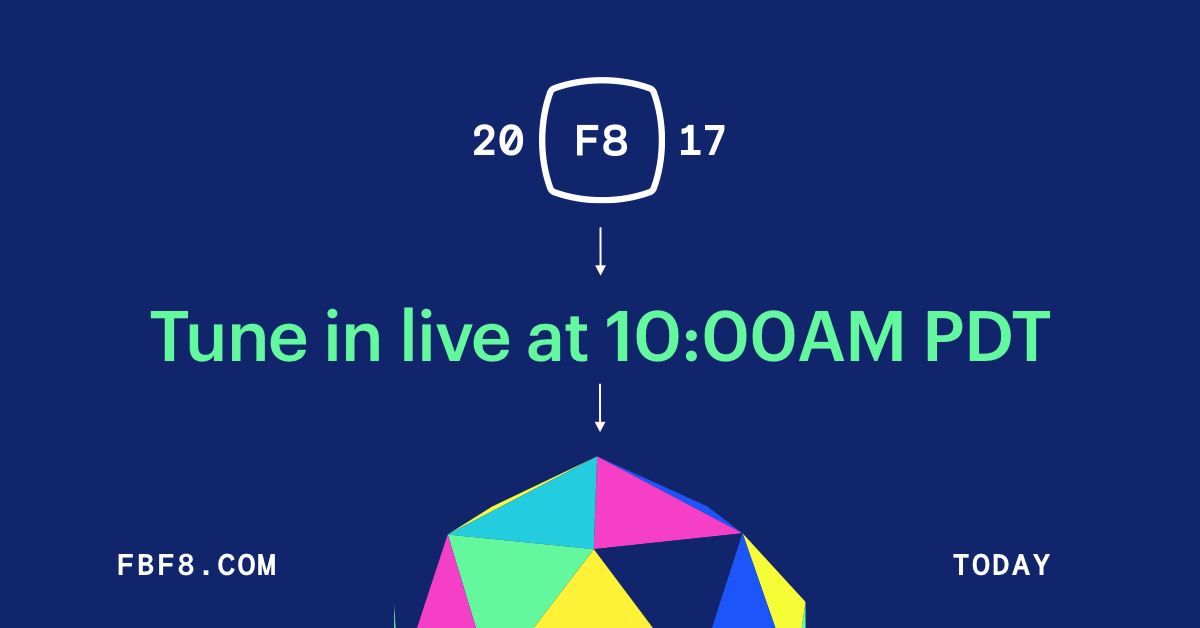 On Tuesday morning, developers from all over the world will gather at Facebook’s annual F8 conference in San Jose, California to hear what the social media company has in store for the coming year. In order to kick off the event, Facebook CEO Mark Zuckerberg will take the stage at 10:00 AM PT / 1:00 PM ET, where we expect to hear more about the company’s plans for messaging bots, virtual reality and more.

One of the biggest question marks going into the event is how Facebook will address the departure of Palmer Luckey and what its plans are for the Oculus brand going forward. Virtual reality is clearly still high on Facebook’s list of priorities, but the brand it paid $2 billion for back in 2014 is suddenly tainted, both because of Luckey’s political shenanigans and the ZeniMax lawsuit which Oculus lost.

Facebook has yet to share an embeddable stream of the keynote, but if you want to watch live, you can visit https://www.fbf8.com/watch and click the big “WATCH LIVE” button to be redirected to the official Facebook for Developers page. If Facebook does end up sharing a link for an embed of the stream, we’ll be sure to pop it in at the bottom of this post.

UPDATE: The embedded live stream of the keynote can be found below: