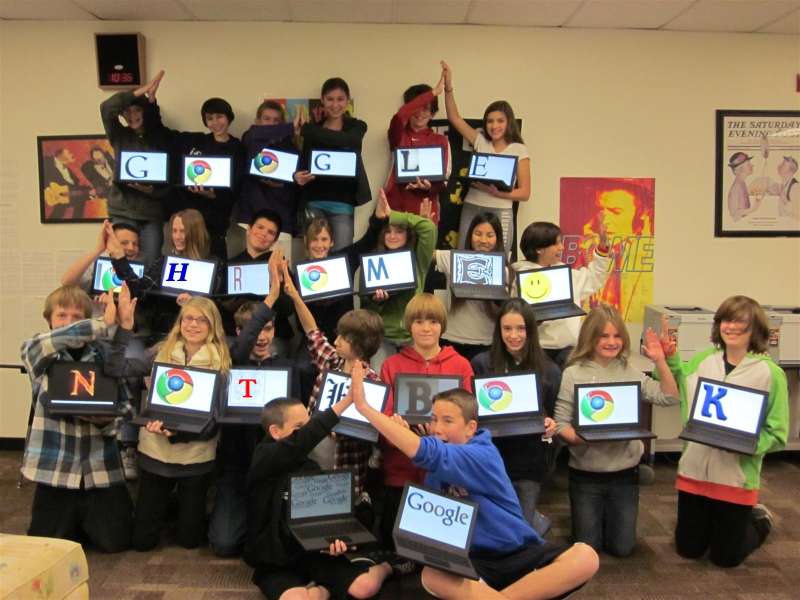 The Electronic Frontier Foundation (EFF) filed a complaint with the Federal Trade Commission on Tuesday alleging that Google is collecting student data from Chromebooks used in schools, violating a pledge that Google signed in January.

According to the EFF, Google’s Chrome web browser has a feature that helps Google collect personal data from teens even though the company signed the Student Privacy Pledge together with 75 other companies including Apple and Microsoft, promising not to collect, store or use student data for any purposes other than education.

The EFF discovered that the Sync browser feature was enabled by default on the Chromebooks used in schools. “This allows Google to track, store on its servers, and data mine for non-advertising purposes, records of every Internet site students visit, every search term they use, the results they click on, videos they look for and watch on YouTube, and their saved passwords,” the EFF explained.

Furthermore, Google doesn’t explicitly obtain permission from the students or their parents to handle the data, the EFF says. And since some schools require students to use Chromebooks during classes, many parents might not even be able to prevent Google’s data collection.

“Despite publicly promising not to, Google mines students’ browsing data and other information, and uses it for the company’s own purposes. Making such promises and failing to live up to them is a violation of FTC rules against unfair and deceptive business practices,” EFF staff attorney Nate Cardozo said. “Minors shouldn’t be tracked or used as guinea pigs, with their data treated as a profit center. If Google wants to use students’ data to ‘improve Google products,’ then it needs to get express consent from parents.”

The EFF says that Google promised to disable the settings from Chromebooks, thus acknowledging the issue, but that’s only a “small step in the right direction.” Google still collects data when students are logged into their Google Apps for Education accounts.

The EFF wants the FTC to order Google to destroy the student data it collects this way, which might be used for advertising purposes.

“We are confident that these tools comply with both the law and our promises, including the Student Privacy Pledge,” a Google spokesman told The Wall Street Journal, referring to the fact that sync settings in Chrome will be altered following the EFF’s request.

“Anonymous information uses are not covered by the pledge or any other laws around student data,” co-chair of the Future of Privacy Forum Jules Polonetsky told the Journal, explaining that Google was not violating the document it signed in January because it used aggregated and anonymized student data.

Still, the EFF argues that anonymizing data does not change the private nature of data or the fact that it’s associated with identifiable student accounts at the time it’s collected.