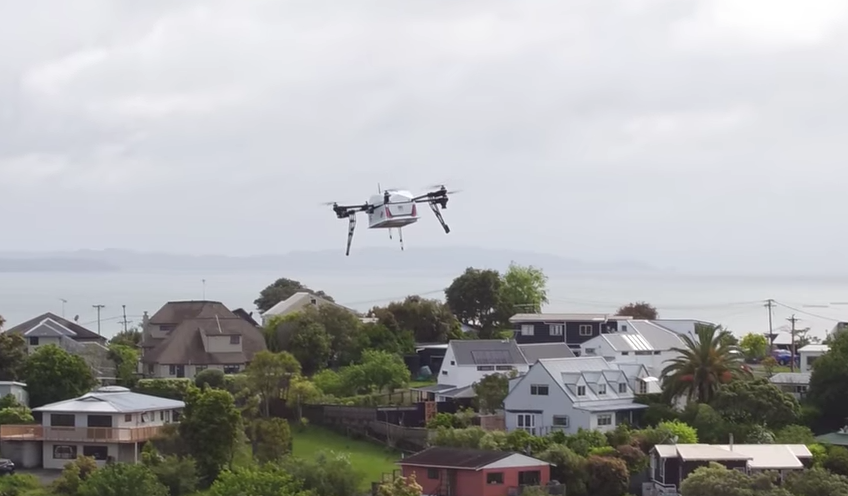 After testing drone delivery systems for some time, Domino’s finally rolled out its aerial pizza delivery service for the first time, successfully sending pizzas to residents of Whangaparaoa, New Zealand.

As Quartz reports, the small rollout, which includes just one Domino’s location and a drone delivery radius of about a mile, is still a big milestone for unmanned delivery services. Domino’s plans to expand the delivery radius to just over 6 miles in the near future, along with additional drone fleets at other restaurant locations.

MUST SEE: The exciting iPhone 8 is expected to do what the boring iPhone 7 can’t

The actual drone delivery process is obviously quite a bit different from the standard method. The pizza is placed inside a special delivery box that is then attached to the drone via a tethered connector. The drone finds its way to the customer’s location and pinpoints the drop point thanks to a colorful marker on the ground. Customers hoping to utilize the drone delivery option need to have a decent amount of open space near their home for the drop to take place.

It’s a pretty impressive feat, though Domino’s didn’t pull it off all on its own; the company worked with Flirtey, a drone delivery startup which hopes to make autonomous flying bots a mainstay in not just the delivery industry, but also emergency services and rescue.