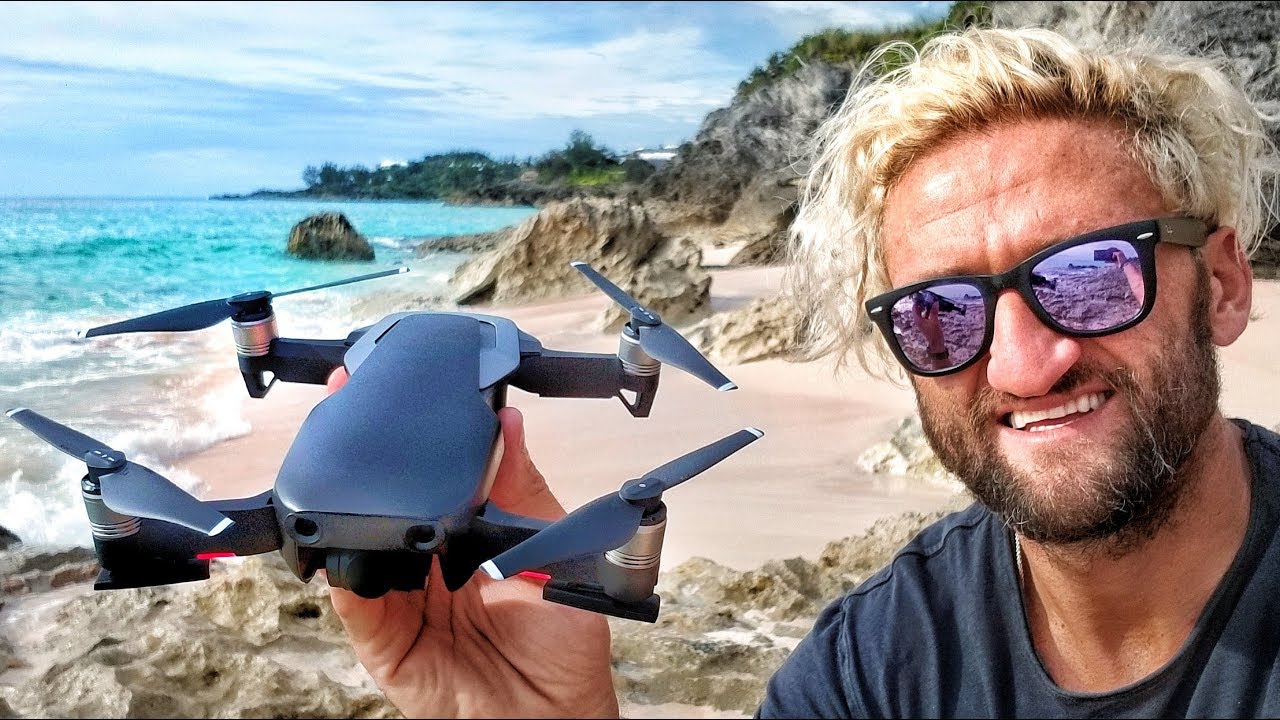 At an event today, DJI unveiled its brand-new pocket-sized drone, the Mavic Air. Folding up to about the same footprint as a big smartphone, and costing $800, it promises to be a big hit for photographers and casual drone enthusiasts.

But it also fits somewhat awkwardly into DJI’s existing drone lineup. It’s more expensive and has better image quality than the Spark, DJI’s older pocket-sized drone, but it’s also cheaper and smaller than the existing Mavic Pro. Journalists at DJI’s event only had a brief opportunity to go hands-on with the new Mavic Air, but luckily for those of us stuck at home, legendary YouTuber and drone enthusiast Casey Neistat has already taken the drone to Bermuda and pitched it head-to-head against its DJI stablemates.

In the video, Neistat takes the Mavic Air, Mavic Pro, Spark, and Phantom 4 Professional, and flies the same route while recording with the camera. The worthwhile thing to note is that the Mavic Air is the second-cheapest drone in the lineup, and the cheapest of the drones that shoot 4K video. Despite that, the footage from the Mavic Air is virtually indistinguishable from the more expensive drones, at least not on a normal-person 4K monitor.

Equally remarkable is that flying the Mavic Air looks much like flying any of DJI’s drones. The computers do all of the hard work for you, and a suite of sensors prevent you from crashing into objects in front of (or below) the drone. All that’s left is to use the joysticks to move the drone around, and download the breathtaking footage at the end.