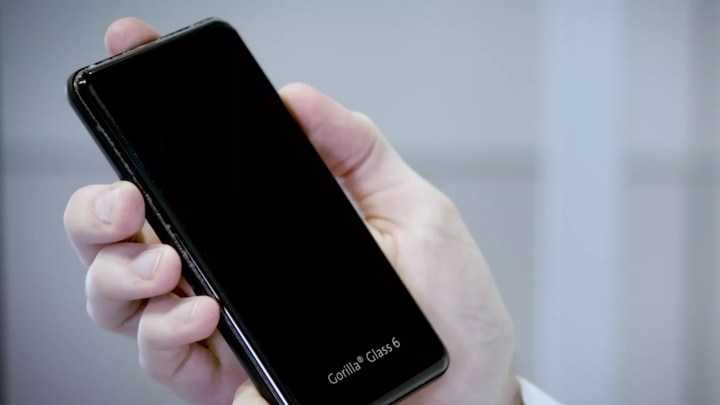 If you own a smartphone or tablet, the chances are that Corning Gorilla Glass protects the display. If its a flagship device that sports a glass-sandwich design, you probably get Gorilla Glass on the back of it too. The newer your phone, the better glass it’s got, but it’s still not indestructible. In fact, my biggest worry for my iPhone X is that I’ll drop it and crack either the front or rear glass, which is why I turned into an ugly device as soon as I bought it.

Late 2018 devices, however, will have even better glass, as Corning just announced its new Gorilla Glass 6 generation. And the new iPhones are probably going to get it as well.

Why am I so sure the next iPhones will get Gorilla Glass 6? Because Apple isn’t only the company that put Corning on the map, when it partnered with the glass company for the original iPhone, but it also invested a rather significant sum of money in Corning just last May. From Apple’s press release:

Apple today announced Corning Incorporated will receive $200 million from Apple’s new Advanced Manufacturing Fund as part of the company’s commitment to foster innovation among American manufacturers. The investment will support Corning’s R&D, capital equipment needs and state-of-the-art glass processing. Corning’s 65-year-old Harrodsburg facility has been integral to the 10-year collaboration between these two innovative companies and will be the focus of Apple’s investment.

Corning did say that Gorilla Glass 6 will protect various devices later this year, without revealing any product names. The Galaxy Note 9 and Pixel 3 may also be among the first gadgets to make use of the stronger glass.

How good is Gorilla Glass 6?

“Gorilla Glass 6 is an entirely new glass composition that can be chemically strengthened to give it significantly higher levels of compression than is possible with Gorilla Glass 5. This enables Gorilla Glass 6 to be more resistant to damage,” Dr. Jaymin Amin, vice president of technology and product development, said in a press release the other day. “Moreover, with breaks during drops being a probabilistic event, the added compression helps increase, on average, the likelihood of survival through multiple drop events.”

Does that mean it won’t break? Corning is sure that it will fare a lot better in drops than previous generations, and it’d better be.

The company revealed more details about how Gorilla Glass 6 is made to CNBC. Corning starts with thousands of new compositions which are fed to a computer for simulations. A few dozen prototypes make it out, and then Corning starts to manufacture them. Out of those, two to four candidates are chosen. Then testing begins as Corning tries to understand what causes the glass to break and how it can be improved — check out the full video below: