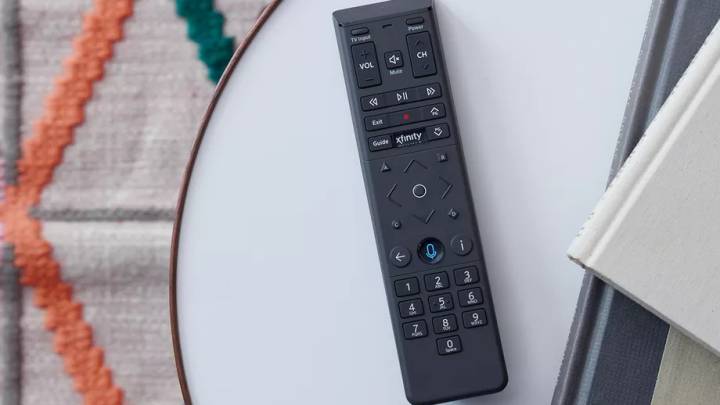 If you’re anything like me, you probably use Find My iPhone (or Google’s neat trick) to retrieve a phone from the depths of your couch or laundry hamper a few times a month. Things like Tile do already exist to lighten the burden on the more forgetful among us, but Comcast and its new Xfinity Mobile division are trying something very different with the new X1 Voice Remote.

Announced yesterday, the X1 Voice Remote is a redesigned remote for Comcast’s set-top box, with most of the emphasis on voice commands to control the box’s fancier features. But it also has a voice command function to help you find your phone in the house, provided you’re an Xfinity Mobile customer.

If you press the microphone button and say “Xfinity Mobile, find my phone,” the remote will cause your phone to ring and play a pre-recorded message. You can specify different names for different devices, since Xfinity Mobile assigns a name to every line when it’s activated. Comcast is also adding smart home commands as well as natural-language methods of controlling the TV, in the hopes that its remote can serve as an alternative to a smart-home speaker like Google Home or Amazon Echo.

Xfinity Mobile is an MVNO, meaning it buys up access on one of the wireless carriers and then resells that to its customers. In Comcast’s case, the network it’s using is Verizon, which means you’re hopping on board with the network with the best coverage in the US.

The plans are good, and cheaper than Verizon’s offerings if you’re not opening up four unlimited lines. There are two plans on offer: the $45-per-month Unlimited, which gets you unlimited talk, text, and data, up to a soft cap of 20GB per month; and the per-GB option, which charges $12 per GB per month. However, Xfinity Mobile service is only available for customers who have one of Comcast’s other home internet or TV packages, meaning it’s also restricted to areas where Comcast offers service.