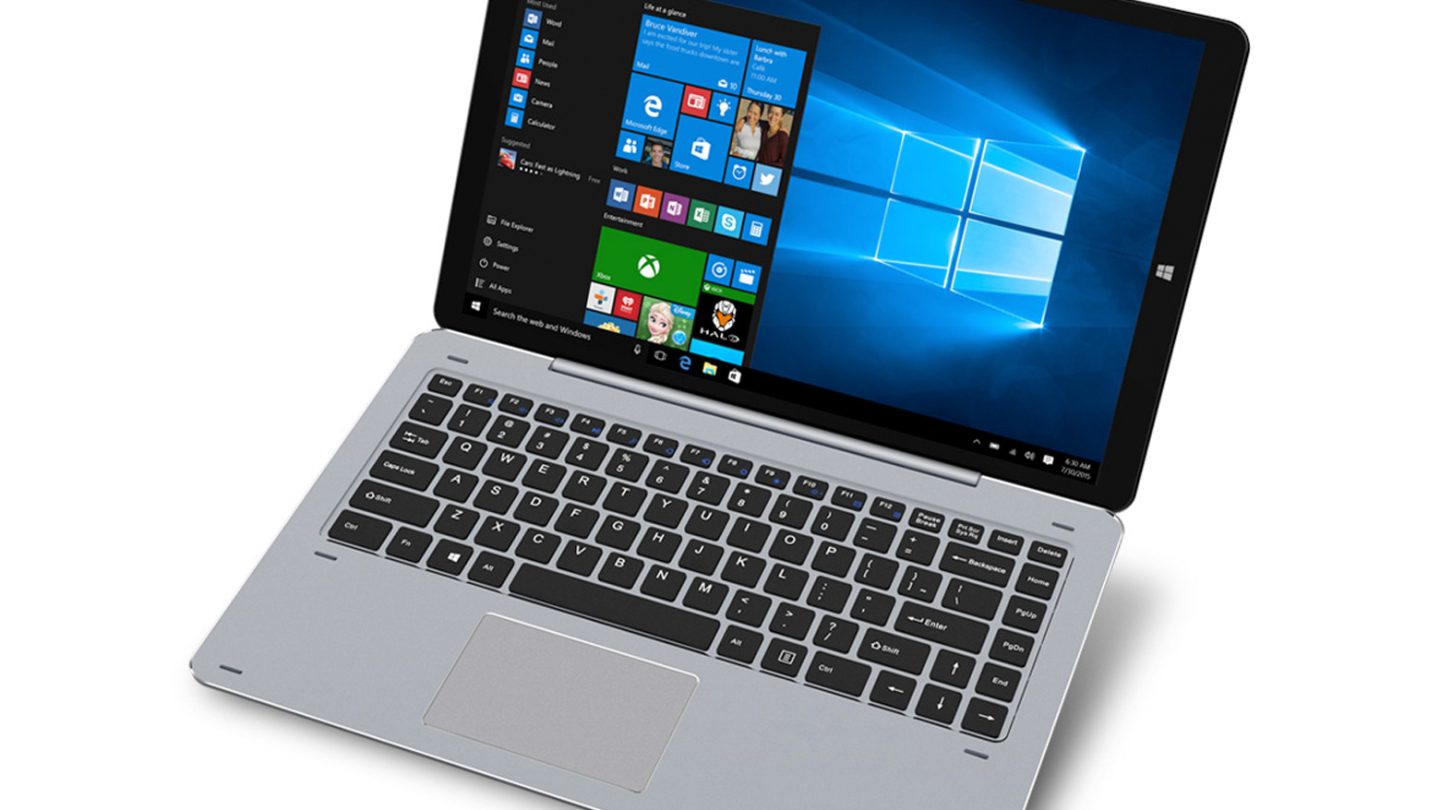 Back in February I had the opportunity to put the Chuwi Lapbook 14.1 to the test. Its ultra-budget price paired with midrange specs resulted in a notebook that was far better than it should have been for such a ridiculously low price. Chuwi had already made a name for itself with well-received hybrid Windows tablets — namely the Hi12 tablet — so high quality wasn’t a huge surprise, and now the company is launching its most highly-anticipated device yet, the Hi13. I’ve spent about a week using it off and on, and if there’s one I can say with utter certainty it’s that there’s no way this thing should cost $1,000 less than a Surface Book.

On the specs front, the Hi13 isn’t a groundbreaking device, but it holds its own. It’s packed with a 64-bit quad-core Intel Apollo Lake processor and relies on Intel’s integrated graphics to do the heavy lifting on video and other visually intense applications. It features 4 GB of RAM and a modest 64 GB of built-in storage (expandable via SD card slot). A rear-facing 5 MP camera and front-facing 2 MP lens help it pull its weight as a standalone tablet, but it won’t win any photography competitions. Windows 10 Home edition is the standard operating system.

The midrange internals pull their weight well, which is particularly surprising when you get a glimpse of the Hi13’s display. Believe it or not, despite an asking price of less than one-third that of Microsoft’s Surface Book, the Chuwi Hi13 utilizes the same 13.5-inch 10-point multitouch display. Its 3000 x 2000 resolution at 267 ppi looks gorgeous, and I was consistently shocked every time I remembered that the Hi13 is supposed to be considered a “budget” device.

Most daily computer tasks like web browsing and streaming video feel great on the Hi13, and it can crush 4K YouTube videos with seemingly little effort. That being said, your choice of web browser is something you’ll want to consider on this device, as I’ve found using Chrome to be a rather miserable experience. It got so bad that I actually gave Microsoft Edge a try and found it to be so much faster that I’ve completely abandoned Chrome on this particular computer. Whether it’s simply Chrome’s resource-hogging habits or the quirks of touchscreen browsing on a Windows device, you’ll be best served by sticking with Microsoft’s new browser for your surfing needs on the Hi13.

As a touchscreen, the display is responsive and very accurate, making web browsing by touch and basic tablet tasks feel smooth and fluid. The screen automatically reorients itself based on how you hold it, and even if you’ve never held a Windows tablet before, it’s very easy to use. The touchscreen keyboard can be opened and closed in an instant, and typing on it is essentially the same as a smartphone, which is neither a pro nor a con.

The Hi13 is heavy for a tablet, weighing nearly two and a half pounds, and much of that is owed to the 10,000mAh battery which gives it full-day battery life in most cases, though that can obviously dip significantly if you find yourself streaming HD movies at full brightness. A lock/wake button and volume rocker rest on one side, with the SD card slot, USB-C charging port, MicroUSB and Micro HDMI ports grouped on the edge opposite the Windows touch button.

As a tablet, the Hi13 is much, much more capable and impressive than its $369 price tag (or as low as $335, depending on your luck) indicates. Is it going to run circles around the Surface Book? No, but when you’re saving around $1,000 over the price of Microsoft’s beast, you’re going to be perfectly okay with that.

Unlike the Surface Book, Chuwi’s Hi13 makes its add-on keyboard and pen completely optional purchases. They’re priced very, very low, at around $50 for the keyboard and $20 to $25 for the HiPen H3, so they’re no-brainers, but you don’t have to buy them if you don’t want them.

Of the two, I’d highly recommend picking up the Hi13 keyboard at the very least. It snaps in effortlessly with a pair of powerful magnets and can be reversed if you want to position the screen in “tent mode” as well. It’s a full-sized keyboard with chiclet style textured keys, a metal top casing and faux-metal plastic rear. There’s hardware keys for volume and brightness, the latter of which was an unfortunate omission from the Lapbook 14.1.

The keyboard’s built-in touchpad is quite good as well, and a big improvement over the Lapbook 14.1. It’s much more smooth and feels more accurate, while providing the familiar dual-level click and tap controls that you’d expect from a higher end Windows notebook.

The HiPen H3 is quite nice as well, with a very clean design, extremely sturdy metal clip and well-positioned side buttons. The pen’s 1,024 levels of pressure sensitivity make the writing experience feel top notch, and the screen response time is fast enough that you can easily lose yourself in your scribbles without worrying about delay between pen and virtual paper. The pen attaches to the side of the tablet via a hidden magnet, which is a nice touch. If you’re an artist it’s an easy recommendation, but if you have no use for such a device, you can just as easily skip it.

All-in-all, the Hi13 is another impressive and extremely affordable device from Chuwi, which is starting to really cement a reputation as an example of how Chinese tech firms could beat western brands at their own game. Later this month, Chuwi is set to reveal its Lapbook 12.3, which will pack similar internals to the Hi13 but bump up the memory to 6 GB, and an extremely sharp IPS display. In short, if you haven’t been keeping at least a casual eye on what Chuwi has been cranking out, it’s probably time to consider it.