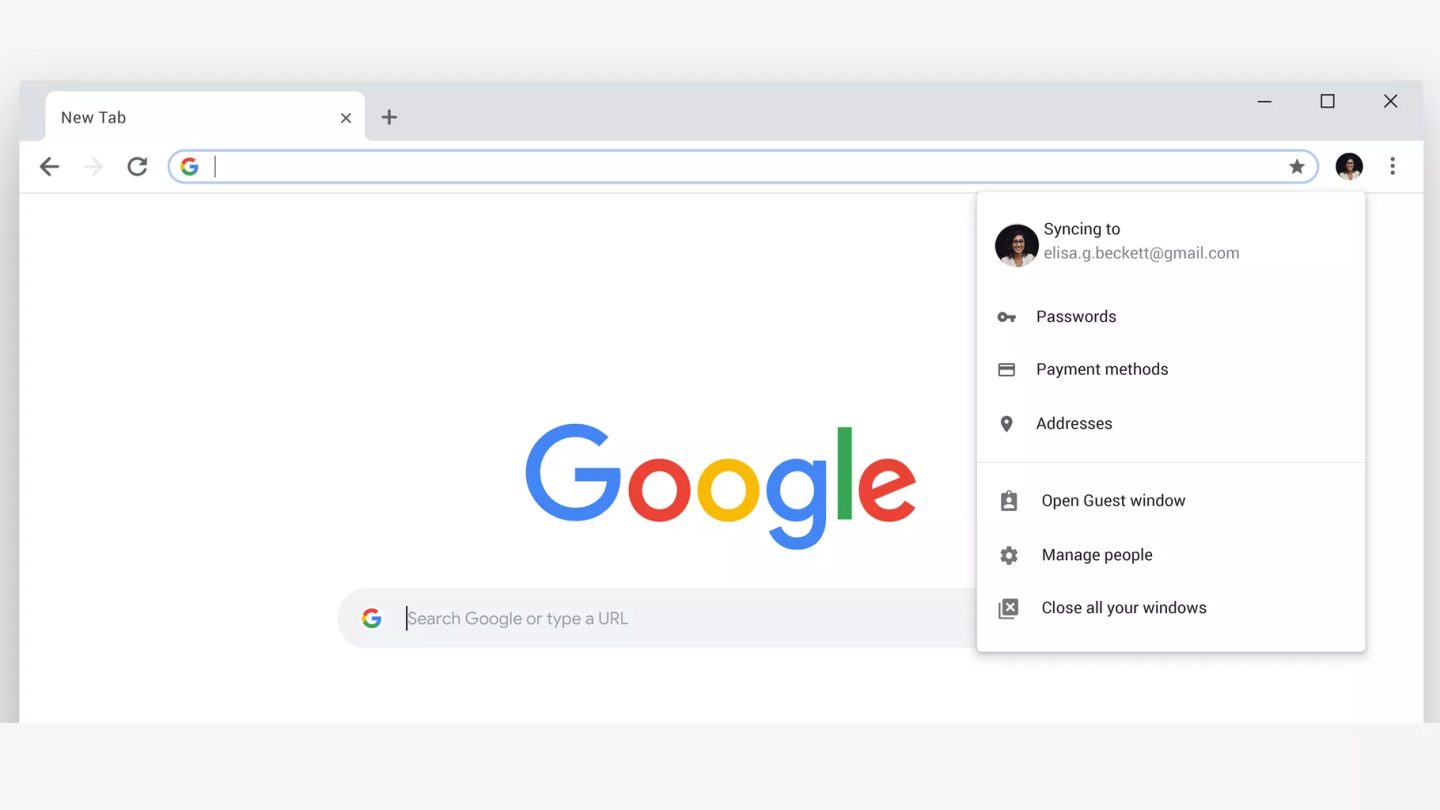 10 years ago today, Google launched Chrome, a web browser that’s changed how we interact with the internet. To celebrate the occasion, Google is rolling out a major redesign to Chrome, including some fundamental graphical tweaks, a new password manager, and a wholly redesigned iOS app.

When Chrome first launched, you might remember its most significant innovation being the “omnibox.” That’s the name that Google has given to the unified URL and search bar along the top. Before the omnibox, most browsers used a dedicated URL box with a search bar off to the side. Unifying the design — and adding tabs — is initially what made Chrome stand out. So, it makes sense that those two features are being overhauled in the new design.

The omnibox has received yet another trick: short-form answers to searches, such as the current weather conditions, will now pop up in the omnibox when you type in your search query, rather than requiring you to hit enter and see the full search results, or open a new tab. Information on celebrities, weather, sporting events and the like will all be one less key-press away, which is handy for those of us accustomed to leaving a fresh tab open for simple queries.

The “http://&#8221; is also vanishing, as Google thinks it doesn’t serve much of a purpose any more. That means you won’t be able to see http vs https websites anymore, although Chrome’s padlock (which indicates a secure website) is obviously still there.

“If you step back and consider like your first day with a computing device, which is a phone, probably an Android phone you’ve just purchased,” Alex Ainslie. Chrome’s head of design, told Mashable. “And then you encounter a URL in Chrome’s omnibox that is filled with acronyms: HTTPS, colon, slash, slash, www dot Google dot com slash, dub, dub, dub — all these things. It’s incomprehensible. So we’re pushing to make the resting state of our omnibox more human readable.”

In addition to the changes to the omnibox, Google is also rolling out its Material Design look across all of Chrome. That means that the omnibox now has rounded ends, much like the search bar in Android. Everything has been made flatter and more rounded, and that includes the tabs.

Chrome’s famous trapezoid tab headers have gone, replaced instead with a rounded-edge rectangle. It’s a look very reminiscent of the old Opera browser, but a necessary change given how Google is pushing Material Design across all of its products.

There’s also been significant improvements to some of Chrome’s better features, like autofill and the password manager. Autofill is now just “better,” according to Ainslie. “”There’s been a lot of investment on the engineering side to make it more robust, so better at identifying fields and filling in the right stuff in the right place,” he said. The password manager now works a lot like Apple’s keychain — it can suggest strong passwords automatically, then store them securely and make them available across desktop and mobile.

Finally, the iOS app is getting a major design overhaul, with the toolbar moving to the bottom to put the omnibox front and center.

“When we first launched Chrome, Sundar said: ‘We think of the browser as the window to the web,’” says Rahul Roy-Chowdhury, Google’s vice president of product management. “A decade later, it’s still the tool people use to access all of the websites and applications that help them do what they want to do. As Chrome heads into the next 10 years, we want to expand that window—so you can see more and do more.”

The new design is available across all major platforms, which means PC, Mac, iOS, and Android.