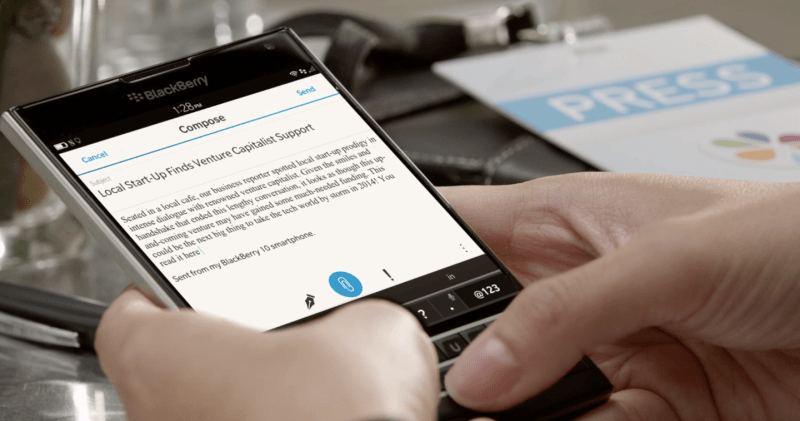 We all knew this day would come but now it seems it’s finally here. Per Engadget, BlackBerry CEO John Chen said at CES 2016 this week that his company is going to release at least one new Android phone in 2016 while also saying that it doesn’t plan to release any phones based on its own BlackBerry 10 operating system this year. Chen did say he would still like to release a BlackBerry 10-based handset in the future but he wouldn’t commit to anything — rather, he’s waiting to see whether the company’s Android phones can make its smartphone hardware business profitable again.

RELATED: BlackBerry 10 has become the AOL dial-up of smartphone platforms

What this means is that BlackBerry is going to go at least two consecutive years without releasing a phone based on BlackBerry 10. While Chen can hold out hope that the company will eventually release a future device that runs its own platform, the writing is on the wall. It costs BlackBerry a lot less money and manpower to develop Android phones since it doesn’t have to develop and maintain its own native OS. This also means BlackBerry doesn’t need to sell them in gigantic numbers to make at least some money on them.

And speaking of sales, BlackBerry 10 was simply going nowhere as a platform. In its last quarterly earnings report, BlackBerry revealed that it only sold 700,000 smartphones over the previous three months and a good chunk of those phones were likely of the Android-based BlackBerry Priv. BlackBerry 10 has an app ecosystem that’s even worse than Windows Phone and BlackBerry’s OS market share in the U.S. currently stands at a dreadful 0.7%.

BlackBerry is still going to provide updates to BlackBerry 10 devices, of course, so it’s not like current BlackBerry 10 users will be abandoned. However, any of the remaining BlackBerry faithful clinging to the hopes of new BlackBerry 10 hardware may be in for an endless wait.