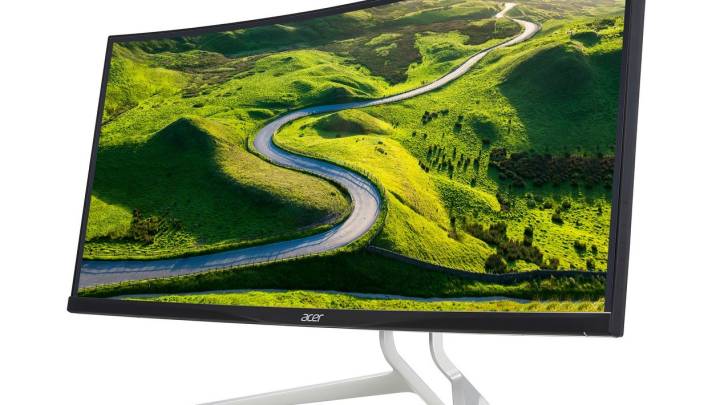 When I was but a wee child, I remember my parents having an argument over a new living-room TV. My mom thought the 32-inch Samsung was giant overkill, that the screen was too much, and a 28-inch TV was more than enough for watching movies. My dad was more in favour of the 32-inch, but neither even entertained the thought of something bigger.

I’m glad none of them got today’s press release from Acer, because they might never recover from the shock. Forget big TVs, because Acer thinks you should be gaming with your nose a foot away from a 37.5-inch curved monitor. After all, who needs a VR headset when the monitor wraps all the way around your face?

The catchily-named new XR382CQK monitor comes with a 3840×1600 resolution, which should give you plenty of pixels to play with on such a large screen, and potentially replace a 1080p dual-monitor setup. There’s also support for AMD’s FreeSync technology, which reduces tearing and generally makes life better for gamers. There’s also a proprietary picture-in-picture mode that lets you display two inputs simultaneously, so you could theoretically use this as a TV and a PC monitor at the same time. It’s certainly big enough.

Still, if your main hesitation about buying a 37-inch curved gaming monitor is value for money and a lack of ports, I’m going to go out on a limb and say you’re not really the target market.