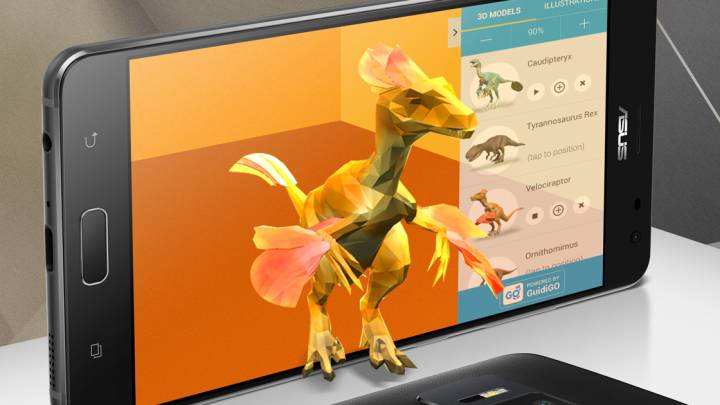 Do we really need phones that have as much RAM as our computers? Apparently, we do, according to Android device makers. Asus is the first company in the world to announce a phone that’ll pack 8GB of RAM out of the box. As we saw last year, a phone sporting 6GB of RAM wasn’t necessarily faster than an iPhone that only had 2GB of RAM onboard. However, this year, the extra RAM might be needed to handle some very specific features that 2017 Android phones are supposed to support: Project Tango augmented reality cameras and Daydream virtual reality features.

The phone has some four cameras on board, three on the back, part of the TriCam system required to enable Project Tango features — a 23-megapixel main rear camera with dual-tone LED flash, f/2.0 4-axis optical image stabilization, a motion-tracking camera, and depth-sensing sensor. Meanwhile, on the front, there’s an 8-megapixel front-facing wide-angle selfie camera.

If there’s one disappointing thing about this new Android beast is that Asus didn’t equip it with the Qualcomm Snapdragon 835, which will be the flagship chip of the year.

The phone will still be the first Android device to support Project Tango AR and Daydream VR when it launches. Actual prices and release dates have not been shared yet, but the phone should be launched at some point this spring.

A video showing Asus’ CES 2017 presentation of the ZenFone Ar follows below.