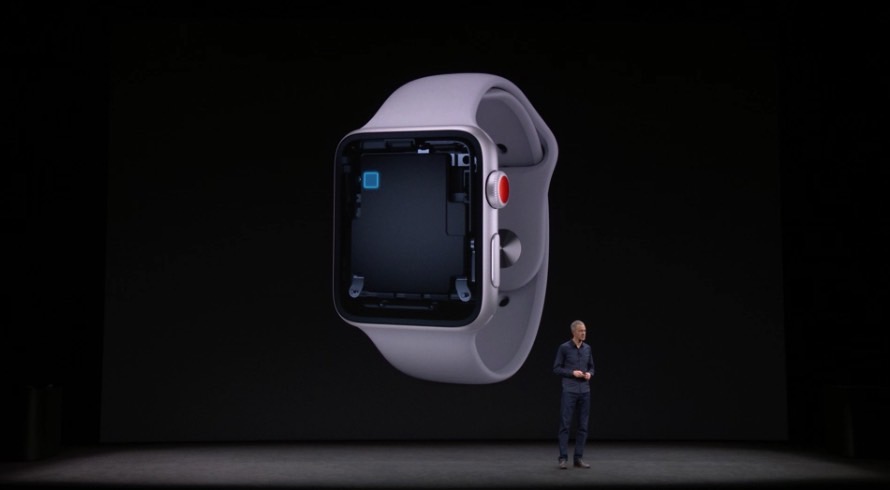 The brand new Apple Watch Series 3 is already sold out, but I’m not interested in getting one. However, I want one of the Watch Series 3’s upgrades inside my MacBook as soon as possible.

Apple hurried through its keynote on Tuesday, starting it all off with the new Apple Watch LTE. The device has the same design and size as the previous models, and you can only recognize one by the red Digital Crown, which is supposed to make it stand out.

We already explained the various innovations that Apple presented on stage, and one of them is Apple’s eSIM used inside the Apple Watch 3. That’s what connects you to the same network as your iPhone. For a monthly fee, your Apple Watch LTE gets to spoof your phone number, connect to the internet and work as a phone without an iPhone present.

That eSIM is what I want in my MacBook right now. It’s incredibly small and incredibly powerful, considering what we’ve seen in Apple’s demo. That means it won’t take up a lot of space inside the MacBook, regardless of whether it’s a 12-inch laptop with a miniaturized motherboard or a 15-inch MacBook Pro. Add an LTE antenna, and you’ve got a MacBook that can connect to the internet at any given moment.

Sure, macOS’s Continuity fixes that problem. You can easily turn your iPhone into a mobile hotspot and go about your business. But raise your hand if you’ve ever experienced any difficulties working the mobile hotspot. It just works — until it doesn’t. And it usually fails when you need it most.

A MacBook with an active LTE connection may be able to offer an even better mobile internet experience, one that won’t require any special setup or pairing.

Will Apple ever do it? Only Apple knows. But Microsoft, Qualcomm, and their partners are about to launch Windows 10 computers running on the Qualcomm Snapdragon 835 platform which sports a built-in LTE chip. Just saying.