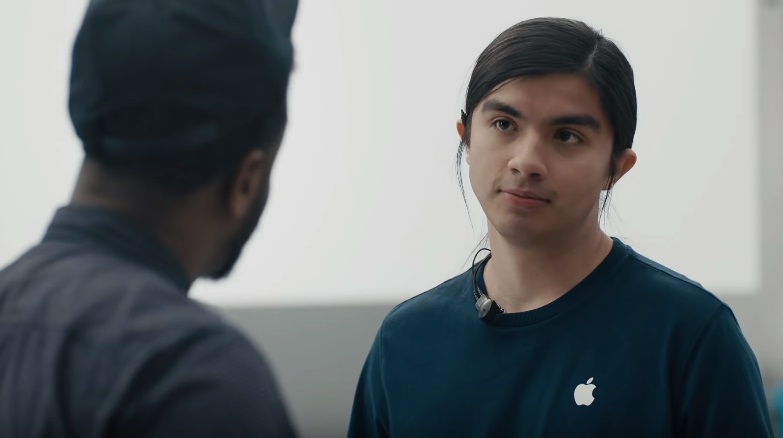 Like clockwork, Samsung today released a pair of new Galaxy Note 9 ads which take quite a few jabs at Apple and the iPhone X. Hardly a surprise, Samsung has been poking fun at Apple and the notion of the “Apple Fanboy’ for about seven years now. Say what you will about Samsung products, but the company’s anti-Apple commercials are typically clever and, more importantly, funny.

The first ad on deck, dubbed Ingenius: Power, centers on a debate between a customer and an Apple genius over whether or not the Galaxy Note 9 is more powerful than the iPhone X.

“Well you know what I think is powerful?” the Apple genius asks, “being able to unlock your phone with your face.” Without missing a beat, the customer responds that the Galaxy Note 9 does that too. The ad also pokes fun at iOS 12’s ability to support FaceTime calls with up to 32 participants at the same time.

“Why would I ever want to do that, though?” the customer asks.

The second ad is dubbed Ingenius: Pen and focuses on the difference between the Apple Pencil and the S-pen that comes with the Galaxy Note 9.

When a customer asks how the two products differ, our beloved Apple genius responds: “Well the Apple Pencil only works on the iPad.”

All in all, these commercials are pretty solid. They’re short and to the point, and more importantly, they are realistic in the sense that they mirror actual questions prospective smartphone buyers would be inclined to ask.

Samsung has been going after Apple hard over the past few weeks. Not too long ago, the company rolled out three ads which make light of a number of features the iPhone lacks, with a headphone jack and fast-charging capability being two prime examples.