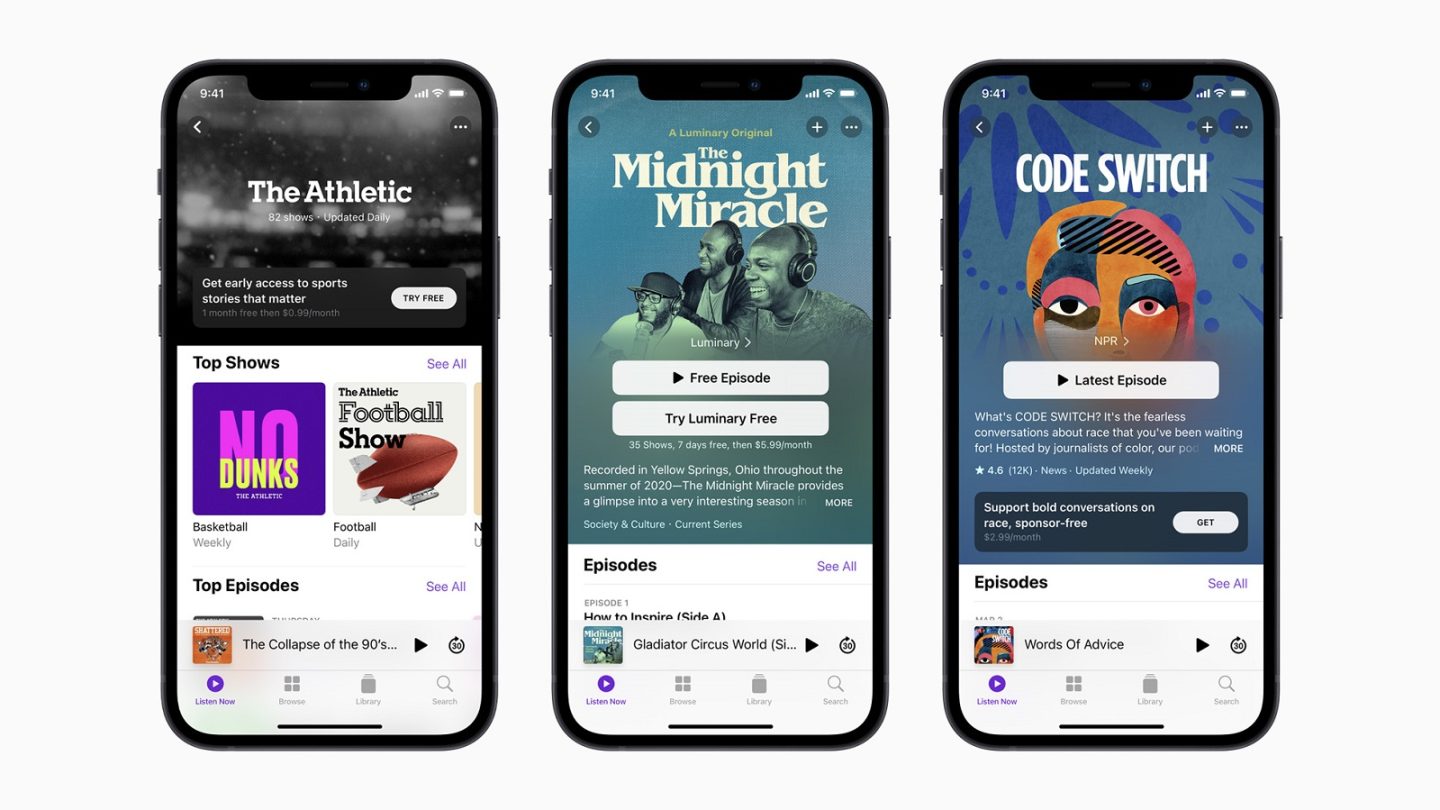 During its Spring Loaded special event on April 20th, Apple announced that paid subscriptions would be coming to the Podcasts app, allowing podcasters to charge listeners money for access to their shows. Starting this May, all creators will be able to sell premium subscriptions to their shows that can include benefits such as ad-free listening, exclusive content, and early access to new episodes. Subscriptions start at just $0.49 a month.

There is one catch, though. In order to enable subscriptions, podcasters will need to pay Apple $19.99 a year, and for the first year, Apple will take a 30% cut of revenue earned through subscriptions. In subsequent years, Apple will drop its cut to 15%. This didn’t come as much of a shock, especially given Apple’s policies for apps sold on the App Store, but it has left the door open for Spotify to swoop in with a much more attractive offer for creators.

According to The Wall Street Journal, Spotify is going to announce a premium subscription for podcasts on its service next week, but unlike Apple, it won’t charge creators anything to take part in the program.

Spotify has been investing in podcasting for years now, highlighted by the $196 million purchase of The Ringer — a sports and pop culture website founded by Bill Simmons that hosts a network of dozens of podcasts. Spotify has also made exclusive deals with the likes of Joe Rogan, Barack Obama, and Kim Kardashian, all while updating its mobile, desktop, and browser apps to feature podcasts more prominently on the front page.

Podcasters will now have to decide which platform is the right fit for their premium offerings. On one hand, Apple puts the Podcasts app on every iPhone and iPad by default, and there is no additional subscription fee associated with the app. On the other, Spotify has over 345 million monthly active users, and while those users will have to pay to access everything the service has to offer, Spotify is the biggest music streaming service on the planet. Plus, creators won’t have to pay a dime to bring premium subscriptions to their podcasts on Spotify.

Inevitably, creators are going to follow listeners, and it might come down to which service offers the best selection of exclusive content. Spotify is now the only place to listen to podcasts from The Ringer, Gimlet Media, Joe Rogan, and Michelle Obama, but Apple is releasing original podcasts of its own as well, including shows like The Line and For All Mankind that connect to its original series on +.

“The opportunity in audio is massive. We feel there is room for everybody given the scope and scale of what this medium has become,” said Dawn Ostroff, Chief Content Officer at Spotify, before stating how Spotify separates itself from the competition: “Other companies are looking at audio as a side business—it’s our core mission.”