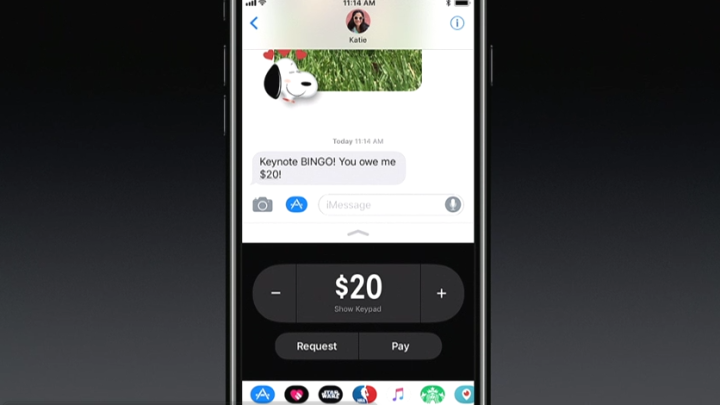 Over the weekend, Apple took the unusual step of rushing iOS 11.2 out the door ahead of schedule, so that users could avoid a bug that was causing some iPhones to crash on December 2nd.

Because the software update was rolled out ahead of schedule, the biggest new feature in it — Apple Pay Cash, the new peer-to-peer payments system — wasn’t enabled yet. But someone clearly rolled into the office and flicked a switch this morning, because Apple Pay Cash appears to be live for anyone running iOS 11.2 in the US right now.

Much like Venmo or Square Cash, Apple Pay Cash lets you transfer money to anyone else running iOS 11.2 on an iPhone or and iPad. To send money, you first need an Apple Cash balance, which you can get by using a debit or credit card to “buy” Apple Cash dollars. You send those to a friend free of charge, and they can then spend it using Apple Pay, or withdraw it to a bank account.

The interface for Apple Pay Cash is in iMessage, just under the keyboard where other iMessage apps live. Apple’s hoping that the convenience factor will help its payment system overtake Venmo: anyone who has already set up Apple Pay for contactless payments will have virtually nothing to do in order to send a friend money through Apple Pay Cash.

Debit card transactions are free, while credit card transfers incur a small fee. Rather than transferring directly between debit cards, what happens is that the sender uses their debit or credit card to buy an Apple Pay Cash card. That Apple Pay Cash is then sent to the sender, who can either use the money to buy things with Apple Pay (including physical transactions in store), or can deposit the money into a bank account with a waiting period.

It looks like the functionality is rolling out to everyone with iOS 11.2 installed right now, so you might have to wait an hour or two before it shows up on your device.