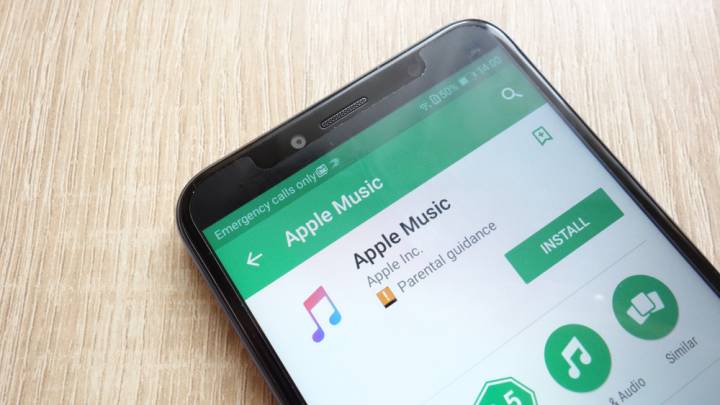 Also impressive is that a growing number of Android users have shown an interest in giving Apple Music a test run. According to recent data from Sensor Tower, the number of Apple Music installs from the Google Play Store during the first quarter of 2019 hit a record-breaking 3.8 million.

The chart below illustrates the number of fresh Apple Music installs on Android on a quarterly basis. As you can see, the install rate began picking up in early 2018 and has only increased since then.

Cumulatively, more than 40 million Android users have installed Apple Music over the past few years. An impressive figure to be sure, it’s worth emphasizing that the 40 million figure doesn’t refer to subscriptions. Naturally, many users — both on Android and iOS — will install Apple Music without actually becoming a paid subscriber. Still, it stands to reason that the cumulative number of paid subscriptions rises as the number of installs rises.

While Apple’s “It’s Showtime” event focused squarely on the company’s new subscription video, game, and news offerings, its flagship music streaming service, Apple Music, quietly passed another milestone. Sensor Tower Store Intelligence estimates show that 40 million Android users globally have now installed the Apple Music app from Google Play, and we anticipate that the current quarter will be the service’s best yet for new users on the platform.

While the notion of Apple releasing an Android app is still a bit bizarre, it’s simply par for the course in today’s market place where universal access to services reigns supreme. As a final point of interest, Spotify last month revealed that its streaming service boasts 96 million paid subscribers.