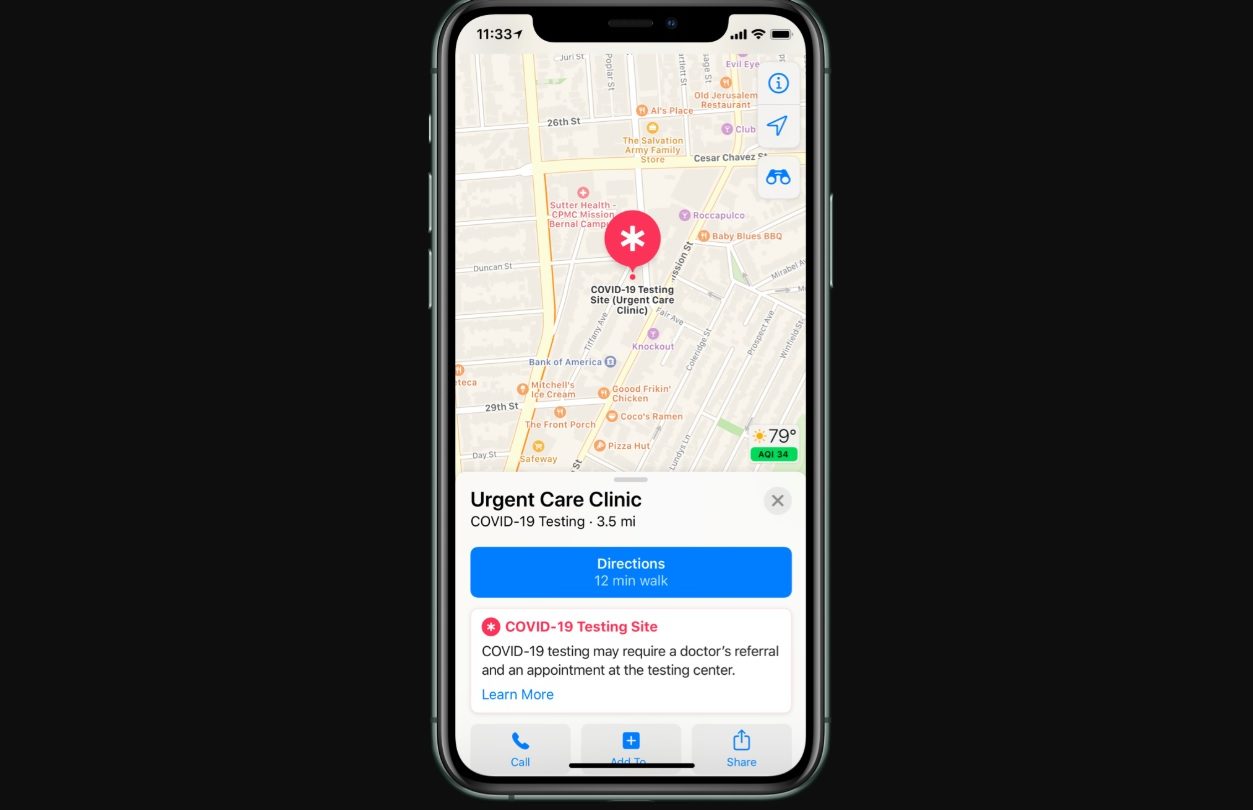 There are countless hurdles we’ll need to overcome before we can expect life to return to normal, and one of them is testing as many people as we possibly can. The more people who are tested, the more data we have, and those who test positive can self-isolate to ensure that they don’t infect anyone else. And while we may never scale up to test as many Americans as we should be testing on a daily basis, the capacity has been expanding rapidly.

But despite the flood of testing in the US in recent days, knowing whether or not you should be tested and where you should go to get tested is still disappointingly nebulous, and will probably change depending on who you call. There is good news, though. As of Tuesday afternoon, COVID-19 testing locations are being displayed on Apple Maps, which should take some of the guesswork out of the operation for those who need to get tested.

Earlier this month, Apple opened a web portal for healthcare providers, labs, and other businesses to submit details for COVID-19 testing locations that would eventually be on Apple Maps. In the weeks since the portal debuted, Apple seemingly received enough data to display the first wave of locations to the public. If you open the Maps app and tap on the search bar, “COVID-19 Testing” should be the first suggestion on the list. Tapping on it will show you all of the hospitals, labs, and other locations that are testing in your general vicinity.

Once you choose a location, you will see the following notification regarding COVID-19 testing: “COVID-19 testing may require a doctor’s referral and an appointment at the testing center.” In other words, be sure to call ahead before you show up at the front door expecting to get tested. In addition to the diagnostic test, which determines whether or not you’re actively infected, some locations are also offering antibody tests, which will let you know if you have had prior exposure to the virus and have since built an antibody for it and potentially immunity.

The more tools available to the general public, the better. Those with symptoms or concerns now have one more tool they can turn to when they want to figure out where they should go to get tested. The web portal for submissions is still open as well, which presumably means more locations will be added in the future.