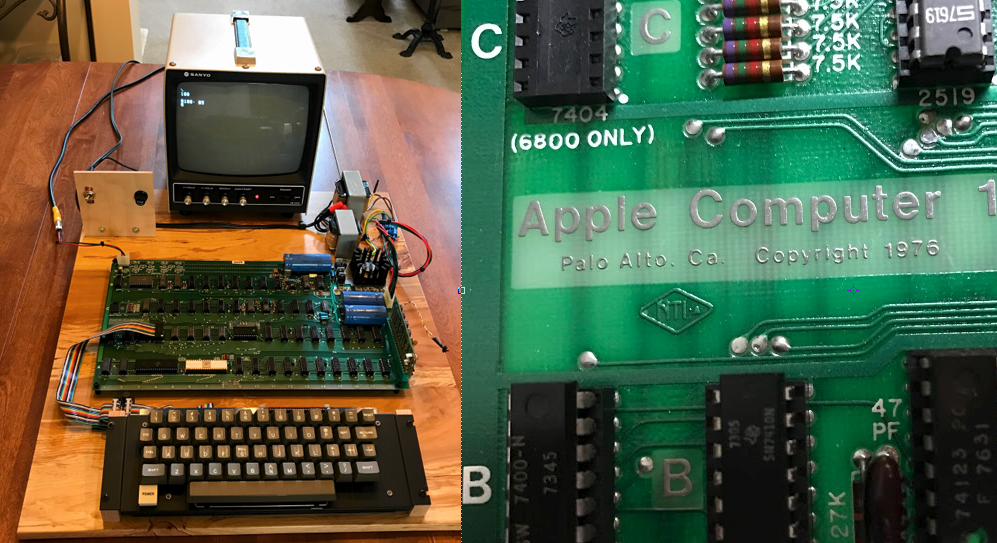 Apple is in the midst of rolling out brand new iPhones, TV streaming boxes, and smart watches as we speak, but everyone knows the company’s roots are firmly planted in home computing. Now, some four decades since it was a cutting edge gadget, an Apple I is up for auction, and it’s probably already well out of your price range.

The computer, which was built by former Apple employee Adam Schoolsky, has passed the $200,000 mark as of this writing, and bidding will continue until 3pm EDT on Tuesday, September 26th. The vintage Apple is expected to fetch a final price somewhere in the neighborhood of $700,000. The official description of the item from the auction website reads:

Bid to win one of the first models of the Apple-I computer, originally owned by friend and associate of Steve Wozniak, Adam Schoolsky.

The Apple-I Computer is considered the origin of the personal computer revolution and was built in Steve Jobs’ parents’ home on Crist Drive in Los Altos, CA.  200 were hand-built by Steve Wozniak, Steve Jobs’ sister, and their team, but it is believed that less than 60 are still in existence.

The “Schoolsky” Apple-I is an original Apple-I “NTI” board initially acquired by Adam Schoolsky from internal stock sans Integrated Circuits when he was an employee of Apple. This Apple-I was authenticated by Apple Expert and Historian, Corey Cohen.

The computer will come with the original operation and user manuals, original box, price list, and advertisement sheet, along with several newsletters, magazines, and brochures own by the computer’s builder.

It’s most certainly a piece of history, and while it wouldn’t do much for you as a computer, if you fancy yourself an Apple superfan it’s a pretty neat thing to have in your collection.