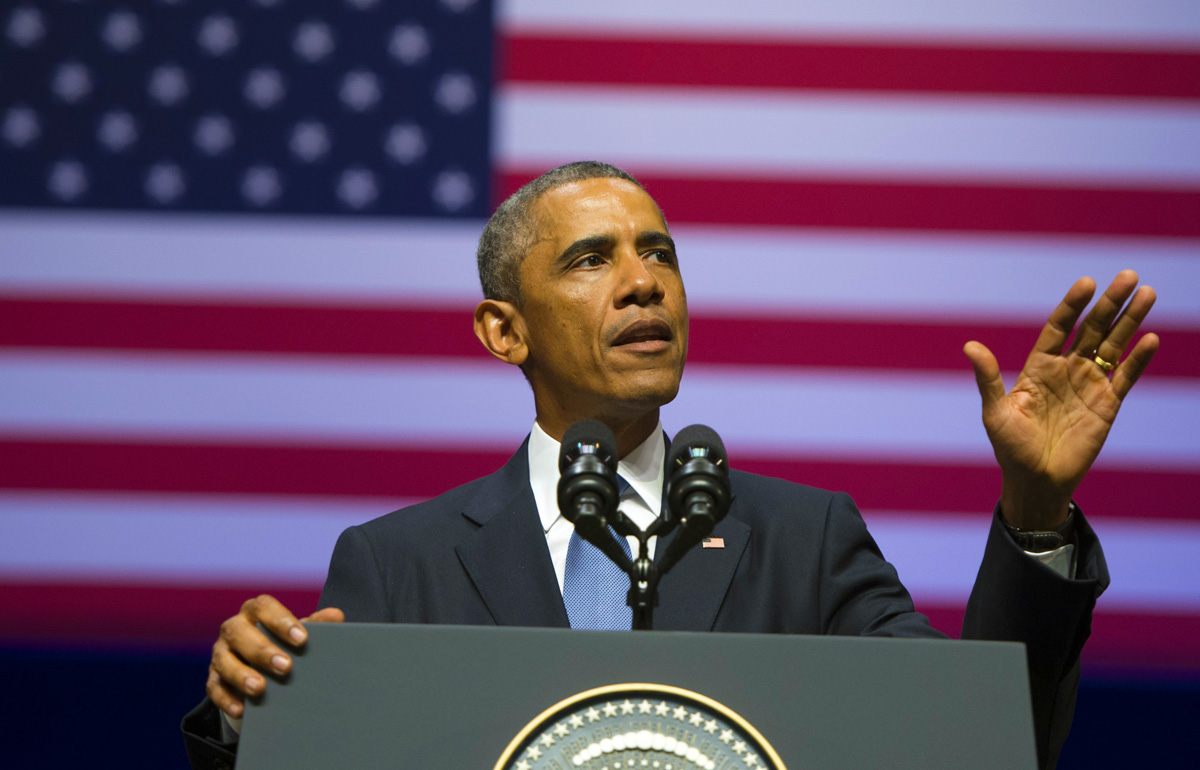 If there’s one company that strives to offer the best security possible when it comes to digital data, it’s Apple. And the FBI’s case against the iPhone maker is clear proof of that: The agency claims it can’t get into an iPhone that belonged to one of the shooters in the San Bernardino massacre because Apple’s security is protecting it.

Despite this, President Obama recently ignored Apple completely while talking about online security and the role certain tech companies will play.

“With the help of companies like Google, Facebook, Microsoft, and Visa we’re going to empower Americans to be able to help themselves and make sure that they are safe online with an extra layer of security, like a fingerprint or a code sent to your cellphone,” Obama said.

These features already exist in plenty of modern devices, including Apple’s iPhones. In fact, Apple was one of the first companies to implement fingerprint sensors in smartphones.

The President did not explain exactly how these companies will improve the online safety of Americans, aside from fingerprint sensors and two-factor authentication, but he implied his administration would not use Apple’s security expertise to help users protect their online security.

”More and more, keeping America safe is not just a matter of more tanks, more aircraft carriers; not just a matter of bolstering our security on the ground,” Obama said. “It also requires us to bolster our security online. As we’ve seen in the past few years and just in the past few days, cyber threats pose a danger not only to our national security but also our financial security and the privacy of millions of Americans.”

Obama didn’t mention the FBI or the San Bernardino case in his speech either. The President did talk about his new initiatives concerning online security, including Cybersecurity National Action Plan, or CNAP.

Obama also said that the budget for cyber security has been supplemented by more than one-third, to more than $19 billion. The administration will also create the first-ever Federal Chief Information Security Officer (CISO), and update old infrastructure to better face modern online threats.