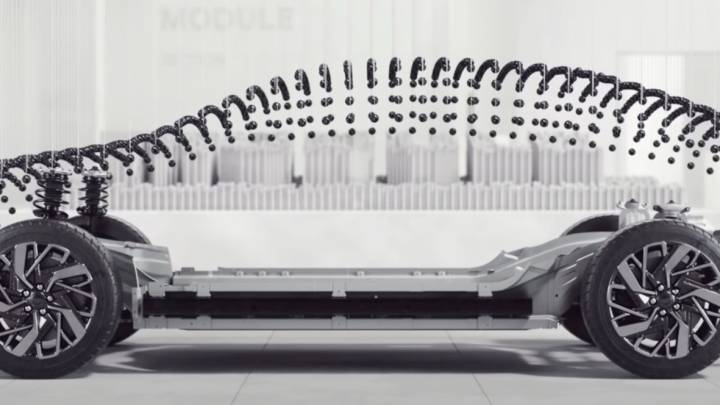 Apple has been developing its own car platform for years, although it wasn’t until recently that Apple Car rumors really began picking up steam. Reports in recent months detailed Apple’s renewed effort to mass-produce its own self-driving electric cars. Apple is developing its own battery technology as well as the software and hardware that will enable autonomous driving. Separate reports said that Apple plans to partner with a carmaker to manufacture the vehicle, with Hyundai being the frontrunner to get the contract. The Korean giant confirmed the negotiations before having to walk back comments in such a manner to exclude any association between Apple, Hyundai, and cars. Apple is not a company that’s typically willing to comment on rumors and speculation about unreleased products, whether it’s an iPhone or the first-gen Apple Car. But rumors detailing new products tend to increase in frequency as Apple moves forward with launch plans. The same goes for the Apple Car, and we have a new report from the world’s most trusted insider that gives us the first specs of this particular vehicle.

Ming-Chi Kuo has been a consistent source of Apple leaks over the years and already delivered several predictions about Apple’s plans for 2021, addressing several product updates, including next-gen iPhone, iPad, and MacBook. The analyst is now back with a research note about the Apple Car that 9to5Mac received.

According to Kuo, the Apple Car will indeed be manufactured in partnership with Hyundai, which will provide the chassis for the Apple Car, among other things. It will apparently be the E-GMP platform that Hyundai announced a few months ago. The chassis’ base specs include 300 miles of range on a full charge, a top speed of 160 mph, and 0-60 mph in less than 3.5 seconds. Even more exciting is the charging technology, which addresses a problem that electric car makers have yet to “fix.” The Hyundai E-GMP supports fast-charging tech that delivers up to an 80% charge in just 18 minutes, and up to 60 miles of range from just five minutes of charging.

While this configuration is standard, Apple will reportedly customize and adapt it to meet its needs. Kuo speculates that Apple will use Hyundai’s existing automotive supply chain rather than create the car from scratch, but it will use its own tech for key aspects of the experience:

Leveraging existing automaker resources means using a large number of qualified components from current automaker partners. Each EV has about 40–50 times more components than each smartphone, so if Apple wants to build a complete automotive supply chain on its own, the Apple Car will be released significantly later than 2025 and hurt the competitive advantage.

That 2025 launch timeframe is not confirmed — it would be the earliest possible time for Apple to launch a first-gen Apple Car:

We predict that Apple will launch the Apple Car in 2025 at the earliest. The new iPhone takes about 18–24 months from initial specification definition to mass production based on experience. Given the longer development time, higher validation requirements, more complicated supply chain management, and very different sales/after-sales service channels for the automobiles, we believe that Apple, which lacks car building experience, is already on a tight schedule if it wants to launch the Apple Car in 2025.

The closer we get to that first-gen Apple Car launch, the more leaks we’ll see. But even if the analyst is wrong, and even if Apple never goes through with its car plans, the Hyundai E-GMP platform for electric vehicles is definitely one to follow in the coming years. A video of Hyundai’s E-GMP presentation from a few months ago follows below: