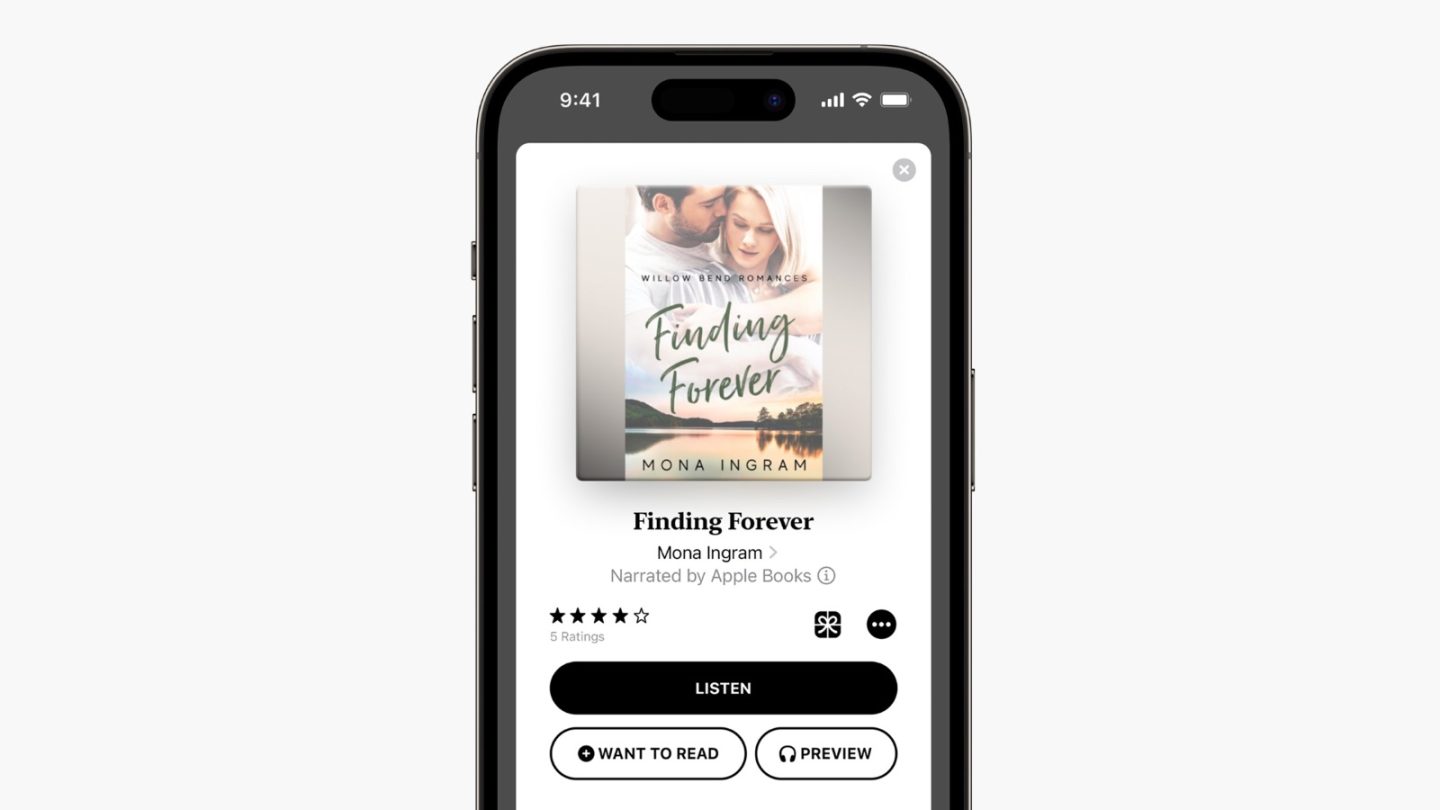 Apple has launched a catalog of books narrated by AI, as this “may mark the beginning of the end for human narrators,” according to The Guardian. The publication says Apple was due to release this feature in mid-November, but after layoffs at Meta and Elon Musk’s Twitter takeover, the company decided to wait a bit longer as these events could “cast a dark cloud over the technology sector.”

When searching on Apple Book for “AI narration,” users can find a small collection described as being “narrated by digital voice based on a human narrator.”

The Guardian, then, gives a background on the project by saying that in recent months Apple had approached independent publishers as potential partners by shouldering production costs. At the same time, writers would receive royalties from sales – Apple gives 70% to artists and keeps 30%.

While some people in the book industry thought the idea was successful, others were skeptical:

“The narrator brings a whole new range of art in creating audiobook, and we believe that’s a powerful thing. They’re creating something that is different from the print book, but that adds value as an art form,” said David Caron, a co-producer at Canada’s largest audiobook publisher.

Besides Apple, Google and Amazon are betting on Artificial Intelligence narratives. In addition, Spotify is expanding its music catalog to offer customers original podcasts and 300,000 audiobooks.

As of now, it’s too soon to say how this move by Apple Books will affect the market or voice narrators. The Guardian notes that this AI future promises to significantly cut the costs, which currently take weeks for humans to narrate a book properly, as well as thousands of dollars for publishers.

Apple Books digital narration brings together advanced speech synthesis technology with important work by teams of linguists, quality control specialists, and audio engineers to produce high-quality audiobooks from an ebook file. Apple has long been on the forefront of innovative speech technology, and has now adapted it for long-form reading, working alongside publishers, authors, and narrators

Audiobooks on Apple Books are available for a small selection of countries.