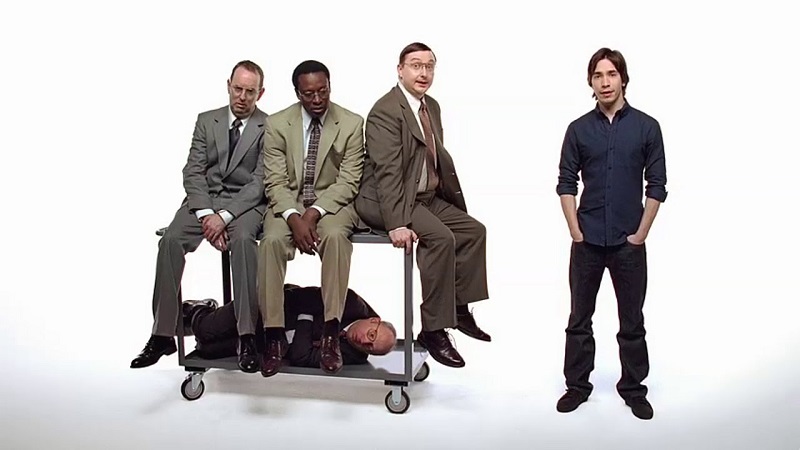 From the very first Mac ad that aired during the 1984 Super Bowl to the memorable “Think Different” ads featuring notable historical figures, Apple has long been a company revered for its advertising efforts.

By the early-to-mid 2000s, Apple took its advertising game to the next level, delivering two iconic ad campaigns that will undoubtedly have a permanent place in the pantheon of great advertisements.

In 2004, just as the iPod was starting to pick up momentum in the marketplace, Apple began rolling out memorable iPod ads featuring dancing silhouettes. Two years later, Apple released its first “Get a Mac” ad, arguably the company’s most successful and impactful series of ads to date.

With the 10th anniversary of the first “Get a Mac” ad upon us, Campaign US decided to bring together and interview some of the creative talent that helped bring those memorable commercials starring Justin Long (as the Mac) and John Hodgman (as the PC) to life.

As to the origins of the campaign, Steve Jobs wanted a shiny new ad campaign to align with Apple’s recent switch over to Intel-based processors. The Mac was once again a force to be reckoned with and he wanted the whole world to know it.

In turn, Jobs gave the creatives at TBWA\Chiat\Day — Apple’s longtime ad agency — a rather hazy directive to come up with something great.

“With Steve, briefs weren’t super formal like a traditional agency, where you have a planner present pages and pages of strategy deck,” executive creative director Eric Grunbaum explained. “The brief was like, ‘You know what? Mac needs a campaign. We want you guys to come up with something.’ It was as simple as that.”

Jobs of course would inevitably make his opinions on how the ad campaign should be structured well known. Specifically, Jobs reportedly “wanted to go hard at the PCs”, with Mike Refuerzo noting that “Steve really wanted to expose them.”

And expose them they did. Over the course of the next few years, following a nearly 9 months development process, Apple released 66 “Get a Mac” ads that made fun of Microsoft and Windows from every which way. At the core, Apple’s “Get a Mac” ads were so brilliant because the characters played by Long and Hodgman — from the way they talked all the way down to how they dressed — perfectly embodied the narrative of the commercials themselves, namely that the Mac was an efficient machine with hip and creative users while PCs were clunky machines that you might want to consider if you were an accountant.

On top of that, the commercials themselves were brilliantly sharp, and more importantly, they were funny.

And through it all, Jobs was extremely involved in the entire process.

“With Apple, there were no budget constraints,” creative director Jason Sperling explained. “We put together tests for just about everything. But Steve demanded perfection. For example, just looking at a reflection on a screen at the 17-second mark, he’d tell the team, ‘Stop, why didn’t you do better with your lighting?’ He was quite punishing if you didn’t do it right.”

In fact, the commercials were so effective that they helped cause a mini-crisis within Microsoft as the company scrambled to come up with a way to respond to Apple’s increasingly popular ads.

That aside, it’s not too often that we’re given a sneak peek behind the creative process of Apple’s commercials, so the oral history put together by Campaign US is well worth checking out in its entirety. Part one can be viewed over here and part two, where the creative team discuss their favorite spots of all-time, can be enjoyed over here.

You can also check out every “Get a Mac” ad ever made via the video below.