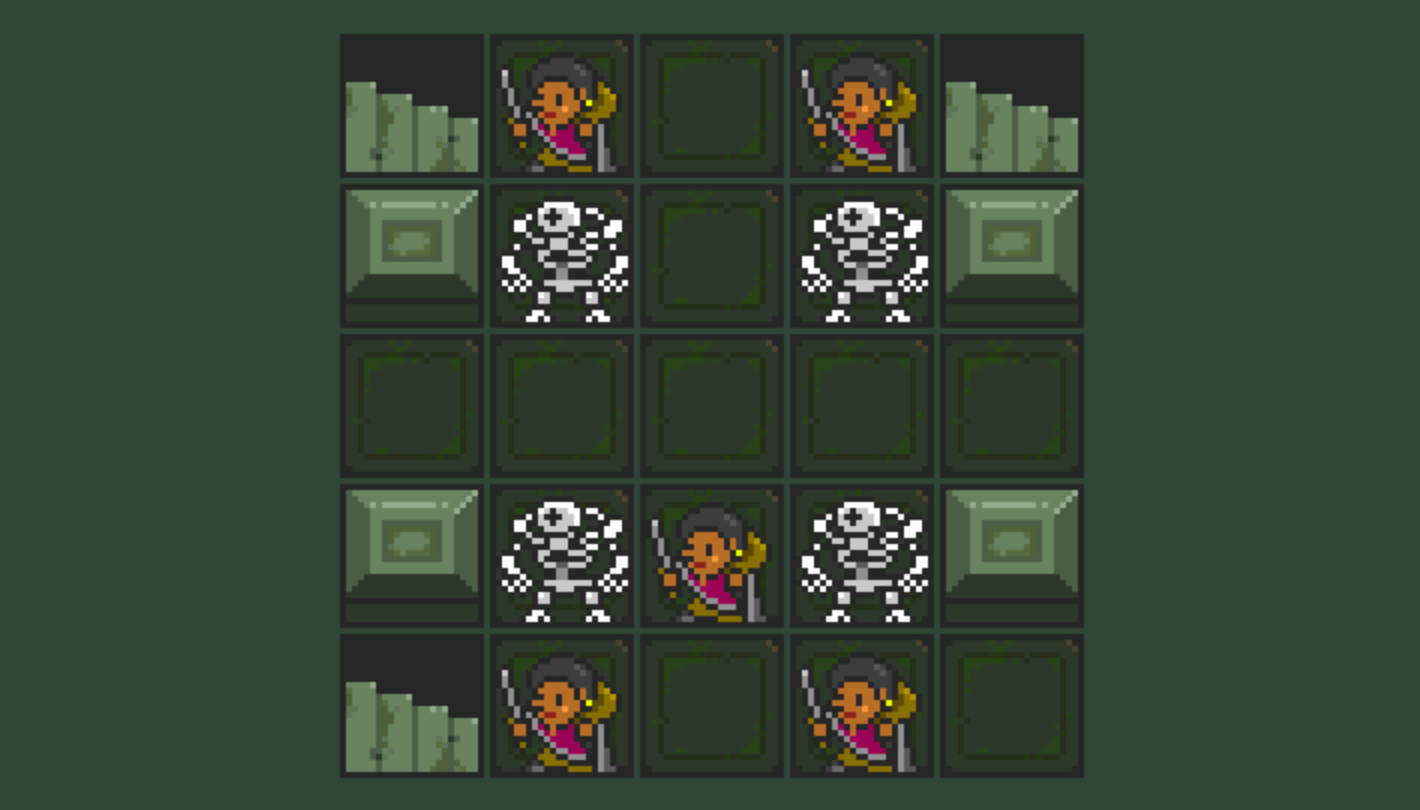 To get an idea of how AI researcher Mike Cook spends his time, it might be helpful to play a game. A simple computer game that’s accessible here.

In designing the game, Mike – a senior research fellow at the University of Falmouth – started with a partially finished concept. It involved the player directing an adventurer around a dungeon, killing skeletons to reach the exit. Mike didn’t finish developing the game, though.

Credit for that goes to the automated computer engine Mike built, which develops games on its own.

That system is called ANGELINA, a slightly tongue-in-cheek acronym for “A Novel Game-Evolving Labrat I’ve Named ANGELINA”. The short version of what happened is ANGELINA took Mike’s initial idea and ran with it. And in the process of designing levels for the game, it also completely changed the game’s purpose.

Instead of the player controlling a single adventurer who kills skeletons to reach the exit, ANGELINA designed things so that you’d have to sacrifice some of the multiple adventurers in each level in order to allow the rest to escape safely. “It was a really clever piece of level design,” Mike enthuses about the game he calls “Before Venturing Forth.”

He’s been working on ANGELINA and watching it crank out games – some fun, some laughably bad and plenty in between – for a few years now. One of the goals for 2018 is to stream ANGELINA live on Twitch, so that viewers can actually watch these AI-generated games being built and taking shape.

Here’s how he explains the way ANGELINA works to BGR:

“The most common technique in ANGELINA is computational evolution. So let’s say it’s designing a level for a game it’s making. It’ll begin with a big bunch of random levels, most of them really bad, and it’ll play each level and try and finish it. And almost all of them will be terrible, but maybe one or two are slightly less terrible than the others. So it picks the best ones, and mixes them together to make new levels. Maybe it takes the top half of one level and the bottom half of another level and glues them together. Then it starts the process again with these new hybrid levels.

“I’ve broken down the game design process into different tasks, like designing levels, inventing rules, or testing difficulty. ANGELINA selects tasks based on what it’s current game is missing, and then uses techniques like computational evolution to perform each task. Right now it has to rely on my opinions for some things – for example, I tell it that levels which take longer to solve must be better. Hopefully in the future I can make it more independent so it can throw away these ideas and develop new opinions for what makes a level good or a game fun.”

Here’s a playthrough of a game made by ANGELINA:

In all, Mike reckons ANGELINA has released around 30 games, with another 10 to 15 that almost no one will ever see. Most of the games are deleted, because they don’t really represent the full scope of the system’s capabilities. Sort of like an artist throwing away old sketches, Mike explains.

He’s been interested in this kind of thing – using software to make things, how software can be creative on its own, how it can help us be more creative and then applying all of that to game design – for years. Maybe it can be traced all the way back to when he was a kid, playing games like Civilization and “wondering how it made a new world map every time you played.”

Later on, he learned about the field of computational creativity, a field he wanted to go into specifically with video games in mind.

So instead of building games on his own, why did he want to build an engine that could do it? “One motivation was that this was a really new area,” he tells BGR. “Almost no one has looked at some of these questions, and even if they turn out to be really hard to answer, trying and failing to answer them can often reveal new ideas, new directions and new challenges. Totally automating game design is a huge challenge and could take decades to make progress in, but along the way we’ll make lots of small discoveries that will help people making games right now. So there’s lots of small, technical advances that are really great, and it also helps us look at game design from a new angle.”

But his work in a roundabout way also touches more than just video games. It’s another example of researchers trying to probe the limits of how artificial intelligence can be made to “think,” whatever that means for an inanimate piece of computer hardware. To make its own decisions and to solve problems on its own.

“The best artificial intelligence research isn’t about really creating technology for now, it’s about asking questions about the future,” Mike says. “Darius Kazemi, a really wonderful Twitter bot designer, was once asked what he did for a living, and he described it as ‘giving people a glimpse of the future by rearranging the present,’ and artificial intelligence research feels a lot like that sometimes. ANGELINA is a very simple AI. It can’t do much, but it lets us ask much bigger questions and talk about it together. Questions like: if an AI creates something, who legally owns it? If an AI can create a masterpiece, can it just make a hundred of them every day or will it run out? Would you ever pay for something made by an AI? Would you pre-order it? Would you ask it for advice on your own work?”

ANGELINA has been through several changes over the years. Mike is currently working on the sixth version, which will make 2D games and, he hopes, will combine all the best features of previous ANGELINAs. It’ll be able to design games quickly, but also spend time thinking about new ideas for games or go back to old ideas and improve them. “It’s sort of a new era for the project.”

“I’m polishing up ANGELINA’s interface so people can watch it design games on Twitch and talk to it in Twitch chat and trying to improve the quality of the games it makes. After that I’ll be working on expanding the kinds of games it can make and letting it invent new game concepts.”