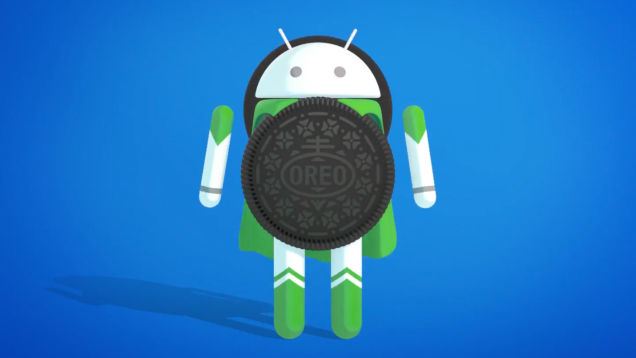 In a ritualistic ceremony conducted while out of sight of the sun, Google officially named the eighth version of Android “Oreo” today. At the same time, it also pushed the final version of Android to AOSP, which means that Oreo should be landing on devices in the very near future.

As ever with Android, the update won’t come at the same time for everyone. Google might be the company that develops Android, but your wireless carrier and phone manufacturer also have to mess with the software before it can get to your phone.

The first people to get Android O will be those using Google devices, like the Nexus 5X or 6P, and the Google Pixel and Pixel XL. Google handles the software development for those devices and is obviously working to get the update rolled out as soon as possible, so they’ll get it first. You’ll still have to wait for your wireless carrier to sign off on the update to ensure that cellular radios keep working, but that normally doesn’t take long.

Google has said that the update will hit Pixel and Nexus devices “soon.” Google said the same thing last year about Android Nougat, and over-the-air updates rolled out a few weeks after the final beta was pushed to developers. Based on that timeline, we’d hope to see the first Nougat updates by the end of September at the latest.

More devices will follow before the end of the year, and based on past experience, newer phones will get Android Oreo first. Google says that device manufacturers “including Essential, General Mobile, HMD Global Home of Nokia Phones, Huawei, HTC, Kyocera, LG, Motorola, Samsung, Sharp and Sony” will launch or update Oreo devices before the end of the year. As a general rule, the closer your phone is to stock Android (without all the extra manufacturer bells and whistles), the sooner it’ll get the update.

Android Oreo isn’t the biggest update Google’s mobile OS has had in years, but it does bring some useful changes and features. Picture-in-picture mode is the biggest UI change, and will let you run all kinds of apps in a small window at the bottom of the screen while doing something else. Especially given the Android trend for bigger screens these days, it should enhance the multitasking experience. There’s also tweaks to the notifications system, and a complete overhaul of the Settings app, which is way overdue.

In a lot of ways, the big updates to Android are coming from features that aren’t tied to the latest version of Android. The Google Assistant, for example, is available for anyone with an Android phone to download as a standalone app. Instant Apps, a feature that lets you instantly download many apps without needing to wait for an install, is another big change that’s rolling out to half a billion compatible devices.