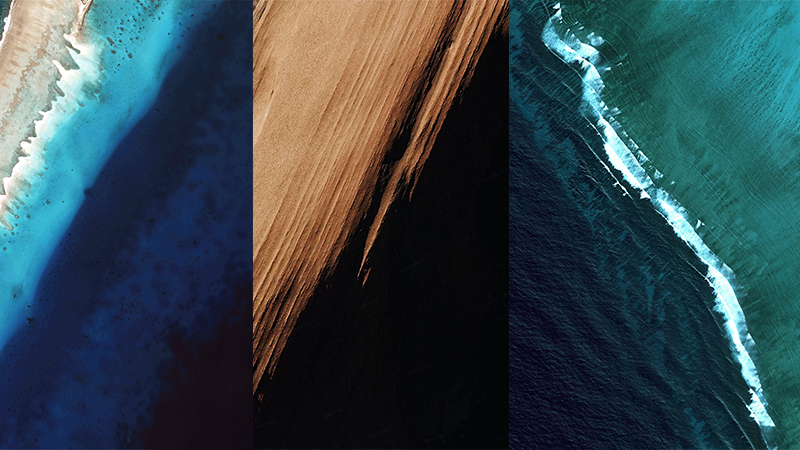 Android N won’t be released to the general public for a few months, but you don’t have to wait to get your hands on its new wallpapers. Official Android backdrops tend to be pretty good, but Google has outdone itself with the latest batch.

I know what you’re thinking: a couple new pictures, big deal! But you look at your wallpaper a couple hundred times a day, and pretty girls will judge you on your lock screen in bars (at least, I like to think so). Google’s four new Android N wallpapers, found by Android Police, are certainly worthy to grace your screen.

I also have a real thing for nature-themed backdrops — they’re less random than stock art, and I find the geometric symmetry of satellite images oddly soothing. For years, I’ve been using this collection of curated aerial images for my art, but Google’s new wallpapers have just changed all that.

There’s four new wallpapers in total, all featuring aerial shots of coastlines. Google has done a great job of finding images that contrast well with app icons (something I’ve found to be a problem with overly complicated wallpapers).

Resolution is 2880×2560, so they should fit perfectly on any modern smartphone. If you’re feeling particularly blasphemous, they crop down nicely to fit on an iPhone SE (don’t tell Google!)

If you’re hoping for a little more than just new wallpapers from Android N, don’t worry: the developer preview is chock full of new features, and there’s enough hidden tricks like Android Instant articles and updated Android Auto to keep the most soulless wallpaper-hater at bay.