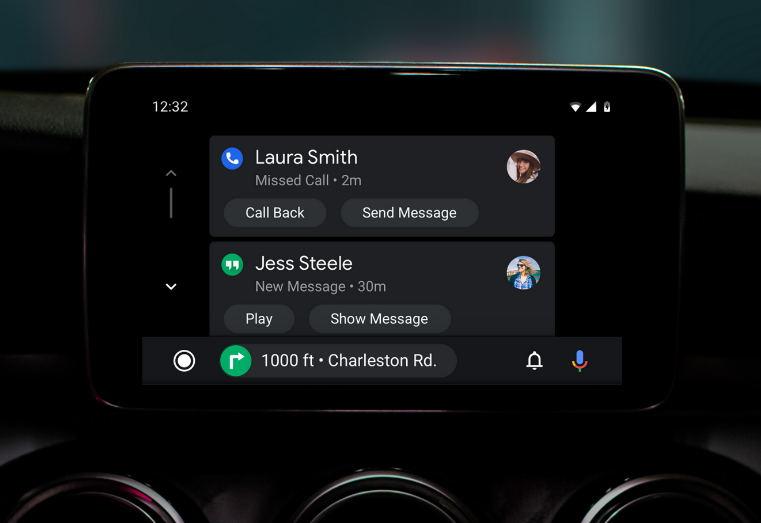 Ahead of Google I/O 2019 getting under way in earnest starting Tuesday, one early announcement the company decided to go ahead and tee up on Monday was a long overdue redesign for Android Auto — Google’s smart driving companion and infontainment setup that’s getting a fresh look and new features this summer.

The overriding goals of this refresh for Android Auto, which has expanded to now support 500 car models from 50 different brands, is to help drivers get on the road faster, see more useful information and to have common driving tasks generally simplified. That’s according to a company blog post today from Android Auto product manager Rod Lopez, who adds that Google will be sharing more details at Tuesday’s “What’s New with Android for Cars” session during I/O.

Per Lopez, the Android Auto redesign will include a color palette that’s easier on the eyes. That means a design to better fit in with your car’s interior, as well as a dark theme and easier-to-read fonts coupled with “colorful accents.”

The video above gives an animated sense of how it will all look once the update is here. There’s also a new navigation bar, and you’ll be able to see turn-by-turn directions, in addition to being able to control your apps and phone, all on the same screen. That new nav bar also means you should be able to get more done with fewer taps — indeed, controlling your apps with just one touch.

You’ll also see the difference as soon as you start your car. Android Auto will immediately continue playing your media, according to Lopez, and show your navigation app of choice. Additionally, Android Auto will start maximizing your display if you happen to own a car with a wider screen, which means you’ll be able to see more information like next-turn directions, playback controls and ongoing calls.

Google hasn’t revealed a timetable yet for the update’s release beyond simple noting it will be here “later this summer.” And while it might not seem as noteworthy of a release as something like the launch of Android Q, the fact that Google is giving it a comprehensive overhaul will be important to many users, for whom this is how they most often interact with Android if, say, their workdays include long commutes both ways. So many of us are tied to our cars for much of the day, so an update that promises a smoother experience and the promotion of safer driving will be definitely welcome news to many of you out there.