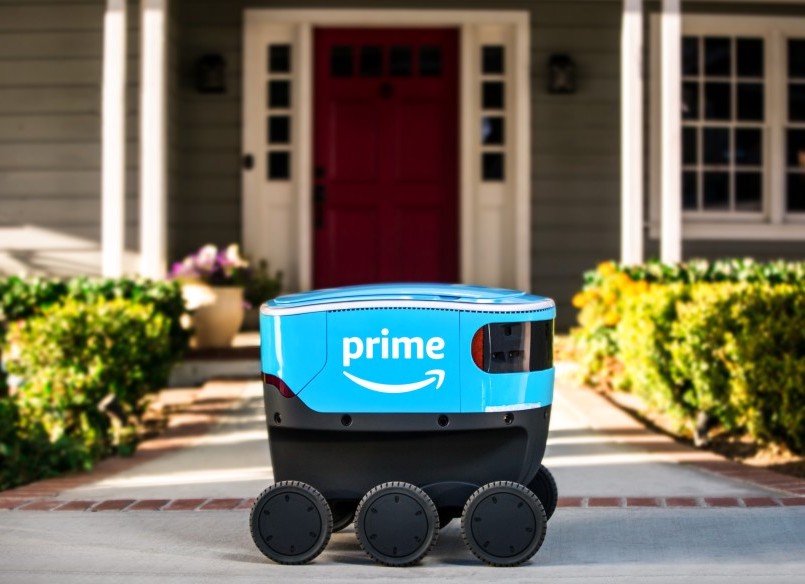 It’s always exciting keeping tabs on Amazon because there’s no telling what the company is going to get into next. Whether it’s delivery drones or cashierless grocery stores, the company has a penchant for implementing novel and downright clever business ideas.

The latest example of Amazon thinking outside the box comes in the form of a brand new self-driving delivery service dubbed Scout. With Amazon always looking for ways to facilitate the delivery of Amazon items, Scout is an all-electric self-driving vehicle that will maneuver across sidewalks in order to deliver purchased items to customers.

The vehicle itself isn’t terribly big, with Amazon noting that it’s about the size of a small cooler. It also isn’t fast, which is actually a good thing given that it will presumably be traveling alongside people on local sidewalks. Amazon specifically notes that Scout travels at a walking pace and is able to maneuver around typical sidewalk obstructions like pets.

In typical Amazon fashion, the rollout of Scout will be extremely limited at first, with the online retailer noting that it will begin delivering packages to a lone neighborhood in Snohomish County, Washington today. Early on, Scout will be accompanied by an Amazon employee, but the ultimate goal is to send Scout off on solo delivery missions.

“Customers in Snohomish County order just as they normally would and their Amazon packages will be delivered either by one of our trusted partner carriers or by Amazon Scout,” Amazon’s press release reads in part.

The program will start off with six Scout devices and will be operational during daylight hours from Monday through Friday. While there’s presumably some built-in security to prevent random passersby from just opening Scout up and making off with whatever package is inside, Amazon hasn’t disclosed that information just yet.

A promotional video for the autonomous delivery robot can be seen below: