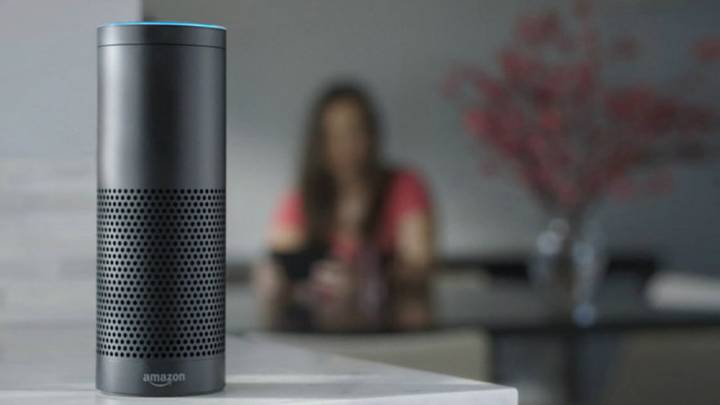 Amazon’s Alexa digital assistant is still fairly new, but the company has already featured it in multiple products, from the Echo to the Tap, and even Fire TV. Now, Amazon is poised to up its game with a new Alexa-enabled speaker that includes a 7-inch touchscreen, according to a report by Bloomberg.

The report, which cites a pair of anonymous sources, claims that Amazon’s new hub will feature the sizable display in an effort to make things like calendar management and browsing weather forecasts easier. This would obviously be a shift in Amazon’s Alexa strategy, which up until now has been solely focused on voice control and conversational dialogue.

The speaker will apparently also tilt upwards so that standing users will be able to easily interact with the touchscreen when it’s sitting on a desk or table. The speakers are also said to be much improved when compared to those of the Echo and Echo Dot.

Amazon’s Fire OS software is said to power the interface, and the company is testing a feature that will allow users to “pin” digital items on the screen, like reminders or images. As with the current crop of Alexa-equipped devices, the new speaker will also respond to verbal commands.

Amazon plans to sell the new touchscreen Alexa gadget alongside its current lineup of Echo hardware. However, the new device is expected to cost more than the $180 full-sized Echo, which is currently the most expensive piece of Alexa hardware.

This isn’t the first time a display-integrated Alexa device has been rumored; in May, the Wall Street Journal said that Amazon was planning exactly that, and that it would function as a central piece of smarthome hardware.